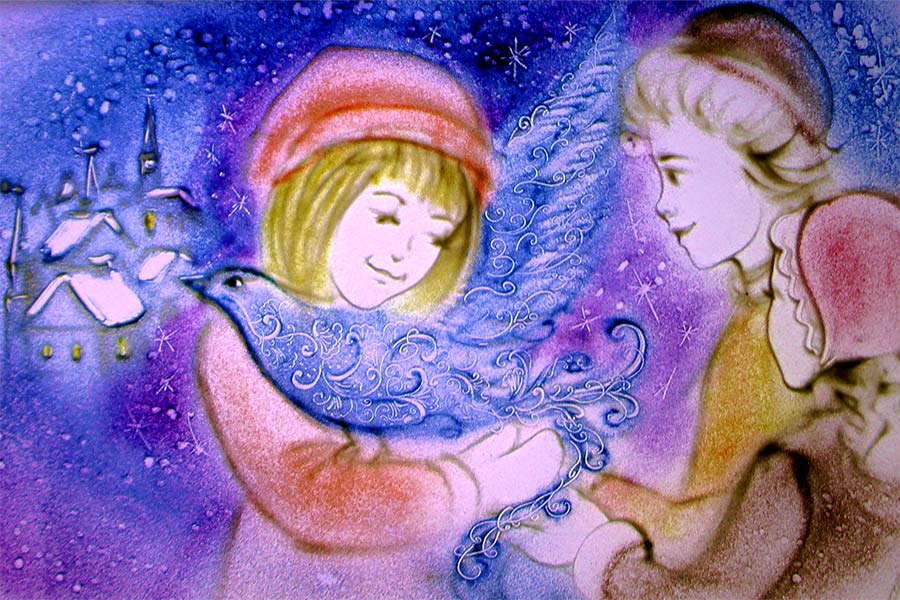 The production The Blue Bird after motifs from the play by Maurice Maeterlinck is accompanied by music by Sergei Prokofiev, Manuel de Falla and Johann Sebastian Bach. The performance is based on sand animation. Before the audience’s very eyes the sand artist creates pictures by sprinkling sand on glass. Thus emerge miraculous images that flow from one to another. Using a projector the image is displayed on a screen. After the concert children can make sand drawings with the sand artist and through their own experience discover the secret of this unusual concert.

The performance will feature the duo In-Temporalis and vibraphone player Alexei Chizhik.
The duet In-Temporalis was established in 2007 by the Cuban percussionist Joel González and pianist Polina Fradkina. The ensemble has performed concerts to great acclaim at the most prestigious venues in St Petersburg. The musicians regularly appear in radio and TV programmes in Russia and write music for films and shows.
Alexei Chizhik is the only vibraphone player in the world who uses five sticks. He has worked with such outstanding musicians as Plácido Domingo and Mstislav Rostropovich. In recent years the musician has lived in Great Britain, touring throughout Europe with programmes of classical music and together with jazz ensembles. Each year he performs recitals in Russia.