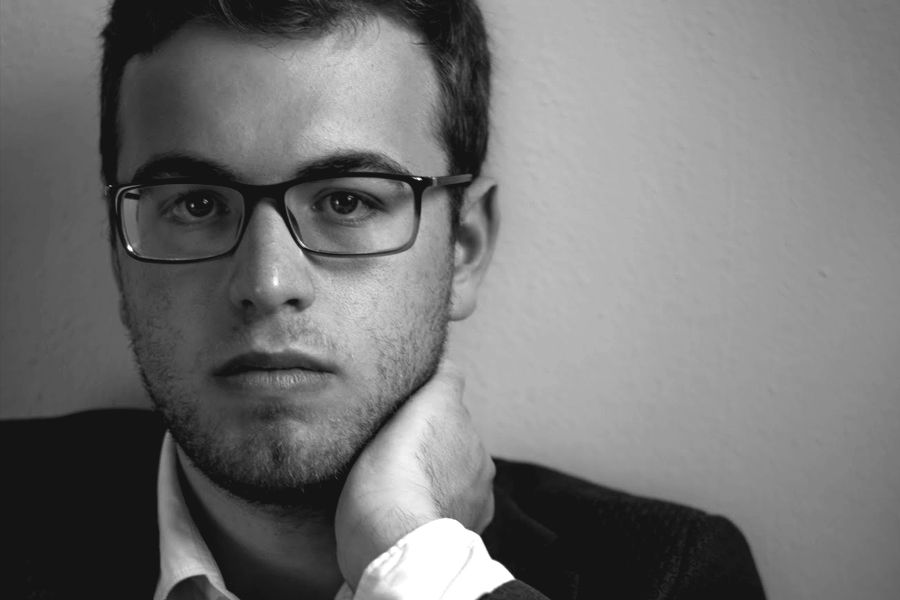 Prize-winners of the TONALi competition (Germany)

„It is different. It is creative, idiosyncratic and trend-setting in all aspects. It is much more than a difficult to win music contest – TONALi. It drives top sponsorship and at the same time initiates the impulse for cultural education. It addresses young composers, high potential young musicians and numerous young listeners (more than 10,000 in 12 Hamburg based schools), who often find to classical music because of TONALi. It is a total work of art, which has been cleverly and effectively adjusted to the actual music situation. The city of Hamburg, which has strong musical scene, can be proud of TONALI, which no one today wants to miss anymore and which has found much attention far beyond Hamburg.
It is with much personal solicitousness and respect in my role as honorary president that I see the rapid development of TONALi. This unique and highly demanding music project, initiated in 2009 by two young cellists Amadeus Templeton and Boris Matchin will see its fourth edition in 2014 as a result of tireless dedication, voluntary commitment and the support of many personalities, institutions and sponsors.
The 2014 competition focuses on the violin. 12 violinists (with residence in Germany), all aiming for a solo career, may qualify and compete to win the TONALi-prize worth 10,000 Euro. Those making it to the final, will be invited to perform a violin concert in the big hall at Laeiszhalle Hamburg with the renowned The Deutsche Kammerphilharmonie Bremen. This poses a strong incentive for the young musicians to perform at their very best and makes them happily engage themselves with TONALi fundamental principles:
• A distinctive interest in the future of classical concerts, which in its format looks for new ideas, new rituals and contemporary communication.
• Active discussion about the question the musician can take more responsibility for the development of classical concert future.
• The willingness to widely communicate these new formats, encouraged by TONALi by its unique school activities that prove a contemporary relation between audience and musician.
TONALi sets a trend as a result of its threefold structure: „writing (composition prize), performing (Grand Prix) and listening (TuttiContest)“ and challenges many in various ways. Christoph Eschenbach, Conductor and TONALi Honorary President.
The next stage of collaboration between the Mariinsky Theatre and TONALi came with the new cultural and educational project The Sounds of Change. The task of the project is to interest young audiences in classical music concerts and involve them in organising such concerts on a practical level – right in their schools.

Born in 1996 in Hamburg, Anton Gerzenberg began playing the piano at the age of four. Initially he was taught by his mother, the pianist Lilya Zilberstein, before taking piano lessons from Julia Suslin. Already by the age of nine he had been awarded 1st prizes at national competitions for young musicians in Germany. At the age of eleven he started studying with pianist Julija Botchkovskaia at the Andreas Franke Akademie in Hamburg. Since 2015 he has been studying under Jan Jiracek von Arnim at the University of Vienna.

Anton Gerzenberg has participated in master-classes conducted by Robert Levin, Joseph Paratore, András Schiff, Ronald Brautigam and Dmitri Bashkirov. Since winning a competition for piano duets, he also frequently performs with his brother Daniel. He has appeared with such musicians as Martha Argerich, Dora Schwarzberg and Frank Braley as well as with various orchestras including the Taipei Symphony Orchestra, the Münchner Symphoniker Orchester and the Haydn Orchestra Bolzano.

He is also a frequent guest at festivals including the Progetto Martha Argerich in Lugano, the Klavierfestival Ruhr, the Schleswig-Holstein Musikfestival and the Mozartfest Würzburg.

Anton has been a beneficiary of TONALi since 2013.