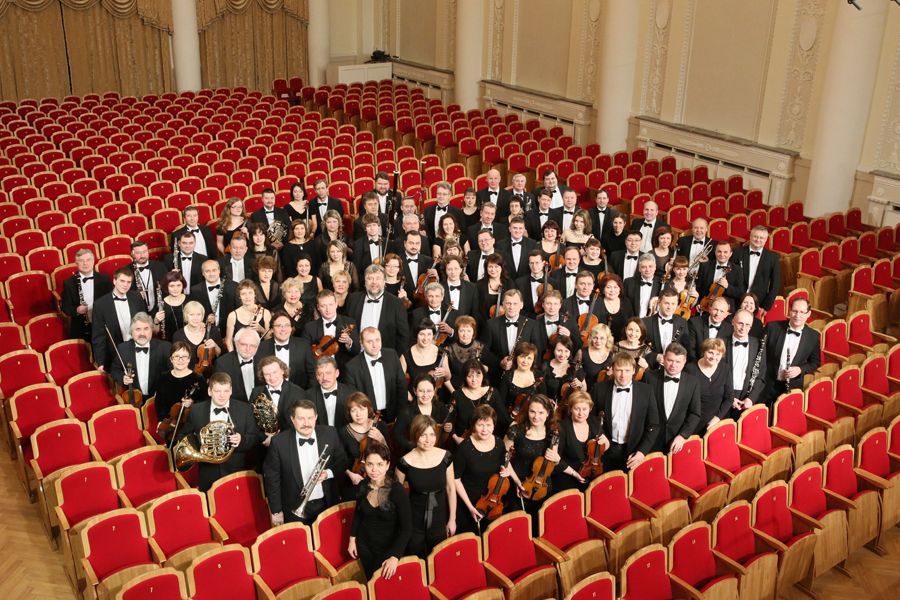 Online broadcast
Marking 175 years since the birth of Pyotr Tchaikovsky

Tchaikovsky’s interest in Italian culture had a deep-rooted history. The composer frequently visited Italy, was well acquainted with and appreciated the paintings of the Renaissance masters and listened to and noted down Italian folk songs. He worked well there; much of the music for Eugene Onegin and the Fourth Symphony was written in Venice, while The Queen of Spades was composed in Florence.
In the winter of 1879–1880 in Rome, Tchaikovsky began to write a suite based on Italian themes. As work progressed the suite became a one-movement fantasia and was given the title of Capriccio italien. According to Tchaikovsky himself, he selected the themes for the capriccio “partially from notebooks and partially from what he heard himself on the streets”. The principle of the suite lies in the sequence of the pieces of different character – partially retained, though here the movements follow one after another without interruption.
The Capriccio opens with trumpet fanfares – it was a signal of the every-evening retreat in the cavaliers’ barracks located not far from the hotel where the composer was living. The material for the subsequent movements is a drawn-out melody similar to the songs of Venetian gondoliers, the themes in the spirit of canzonettas and an impetuous tarantella.
© Mariinsky Theatre, 2015/Vladimir Khavrov

The refined timbre of the cello, expressive yet also noble, was tremendously popular among 19th century Russian composers. Musical soirées, held regularly at noble families' estates, rarely passed without his being involved: as well as instrumental pieces for various ensembles, the rich and beautiful sound of the cello often had a solo role in vocal works in a duet with the singer. Tchaikovsky’s Variations on a Rococo Theme for Cello and Orchestra (1876) is a brilliant example of combining two styles – the concert virtuoso and the chamber domestic – in one work. In spite of certain allusions to music of the 18th century – and first and foremost the style of Mozart who was reverentially admired by the Russian composer – the theme of the Variations is absolutely unique. Developing throughout the work, it as if travels through a century of musical history, building a bridge from Mozart’s era to the time when Tchaikovsky lived and wrote. “Brilliant! There, at last, is real music!” exclaimed Liszt after hearing the Russian composer’s latest opus at a music festival in Wiesbaden.
Nadezhda Kulygina

Alexander Ostrovsky conceived his springtime fairy-tale The Snow Maiden as a performance accompanied by music. Tchaikovsky responded to Ostrovsky’s request to compose the music with lively interest. The creation of the musical numbers – orchestral, solos and choral – was the result of direct collaboration between the dramatist and the composer. Tchaikovsky worked with such inspiration that he even completed the music a few days before Ostrovsky presented the full text of the play to the theatre board.
Tchaikovsky composed the music for The Snow Maiden while engaged in a serious study of Russian folk music. Some years earlier the composer had taken part in editing an anthology of folk songs by Vasily Prokunin. Several songs from this anthology made their way into the play. Not aiming to reproduce the songs precisely, at times the composer changed the melodies, imbuing them with the features of an urban romance. Apropos, in Tchaikovsky’s The Snow Maiden there are genuine refrains which the composer treats brilliantly – such as, for example, the chorus of blind hussars The Prophetic Ringing Strings Roar.
The successful combination of sung archaism and contemporary everyday intonations ensured the work’s popularity, and Ostrovsky even went so far as to praise it more than Rimsky-Korsakov’s opera. Tchaikovsky himself said of the music that “This is one of my favourite babies <...> It seems that in this music there should be the noticeably joyful spring mood with which I was infected at the time.”
© Mariinsky Theatre, 2015/Vladimir Khavrov

A performance on unique instruments provided by