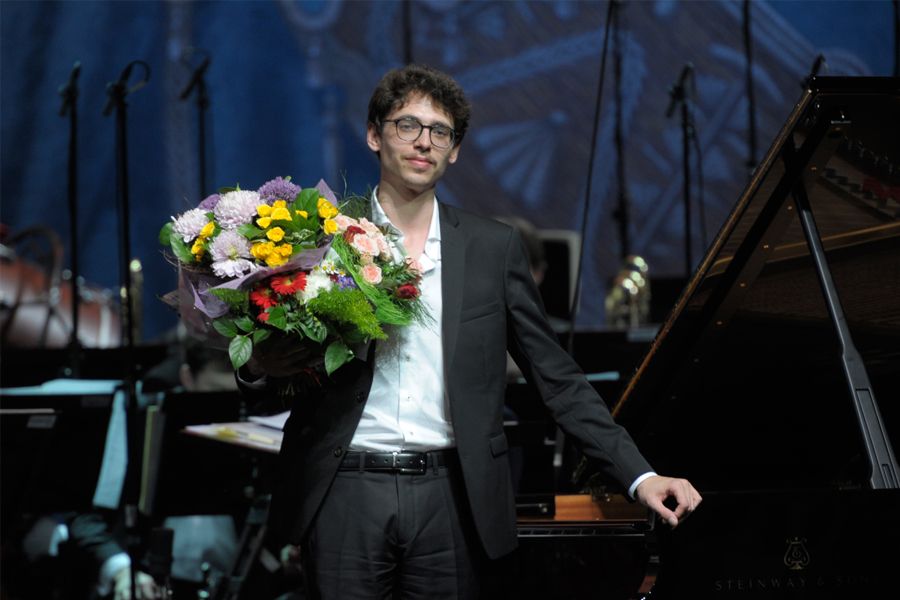 The Seventh Sonata concludes Beethoven’s triad of piano sonatas which are united as Opus No 10. As with the preceding two, it is dedicated to Countess Anne Margarete von Browne, the wife of the brigadier of the Russian military mission to Vienna, Johann Georg von Browne-Camus – one of the young composer’s first patrons. The Fifth and the Sixth from this cycle have three movements, while in the Seventh Beethoven returned to the full-scale four-movement pattern. Thanks to the scale of the form and the developed piano technique this sonata is significantly different to Beethoven’s earlier works in the same genre which more closely resemble the sonatas of Haydn and Mozart.
These stylistic frameworks were already restrictive for Beethoven. The composer sought out new paths that, one year later, would lead him to the creation of his highly significant work – the Eighth Pathétique Sonata.
These experiments with form and themes in the Seventh perplexed Beethoven’s contemporary critics, who advised the composer “to keep his imagination in check.” The first movement is characteristic for its variety of themes with the unexpected appearance of the melancholy and almost Schubertian episode in the connecting passage. In the slow second movement tragic moods prevail. This makes the contrast between this movement and the two that follow more powerful. The Menuetto of the third movement reminds us not of a gallant Court dance but of the yet-to-be-written salon piano music of Schubert. The material of the finale grows from a three-chord motif which initially seems as if it cannot begin to move – Beethoven plays on this intonational plot with subtle irony.
© Mariinsky Theatre, 2015/Vladimir Khavrov

The name of Nikolai Medtner was never an emblem of an era or a symbol of a musical style. A person the same age as Stravinsky and Berg, Medtner (1880–1951) scorned the musical achievements of modernism. Like a virus, the degenerate Romantic style infected the composer’s blood for a long time, though – alas – not at the right time.
In November 1903 the twenty-four-year-old pianist Nikolai Medtner came to St Petersburg to meet Mitrofan Belyayev – a music publisher and patron of the arts. The graduate of the Moscow Conservatoire and protégé of Taneyev brought Belyaev the manuscript of his recently completed Piano Sonata No 1 in F Minor and several other earlier works. Prior to publication, the works underwent the expert scrutiny of Rimsky-Korsakov, Glazunov and Lyadov. At a soiree with Belyaev, Medtner’s works were approved, and the sonata was published in Leipzig in March 1904.
The young composer required several years to “tame” the major form. The first movement and the finale were composed in December-January 1902–1903. In the second movement (Intermezzo) there is a revised version of Moment musical, composed during his years at the Conservatoire (1896). The completion of the cycle was drawn out by the tortuous work on the second movement (Largo), and in the end the sonata was only finished in August 1903.
In speaking about Medtner’s style, music historians often take the line of Bach – Beethoven – Brahms – Medtner. In the First Piano Sonata one can also observe the influence of Schumann. The shared intonational themes, the coupling of the movements and the perturbed Romantic rhetoric imbue the cycle with the features of a poem. The feverish agitations in the first movement are accentuated in the classical form of a sonata allegro. The theme of the Intermezzo is an obstinate and morbid admonition, interrupted by fleeting digressions. The cadenza-delusion of the second movement appears again as an intermedia between the noble languor of the third movement and the impetuous finale.
Leila Abbasova

Maurice Ravel’s Gaspard de la nuit was inspired by three poems by the French Romantic poet Aloysius Bertrand (1807–1841) from an eponymous anthology. The anthology has the subtitle of Fantaisies à la manière de Rembrandt et de Callot and is presented by the poet as a manuscript of a certain Garpard de la Nuit (nuit in French meaning “night, darkness”), behind whose name hid the Devil himself. Bertrand’s mystical Romanticism and the genre of poetry he revealed in prose was highly praised by Charles Baudelaire and later by the Symbolist poets. The pianist Ricardo Viñes became familiar with Ravel’s anthology.
The composer prefaced each piece with the full text of the poetry that accompanies it. In Ondine Ravel – for the last time – addressed the theme of water which had been so important for the Impressionist composers. Against a background of fleeting figurations the melody unfolds – the tranquil song of the Ondine, inviting travellers to her realm. The movement becomes increasingly intense and then breaks off – the Ondine disappears, turning into a shower of rain.
The atmosphere of the piece Le Gibet reflects a fragment of the poem by Bertrand that inspired it: “It is the bell that tolls from the walls of the city, under the horizon, and the corpse of the hanged one that is reddened by the setting sun.” Ravel creates a gloomy scene, reminiscent of François Villon’s Ballade des pendus. The movement of the music literally freezes, and the distant pealing of the bell comes in a repetitive B Flat key. The Scarbo is a scene of a mad dance with a mischievous goblin, who appears in the house during the night and appears just as suddenly. Having created, in his own words, “a caricature of Romanticism”, Ravel referred back to the kind of technique used by Liszt in his Mephisto Waltz and Chopin’s scherzo. The Scarbo demands extreme virtuoso technique from the pianist. According to Ravel himself, in this piece he deliberately strove to surpass the complexities of Balakirev’s Islamey, a quotation from which can be heard in the Scarbo.
© Mariinsky Theatre, 2015/Vladimir Khavrov