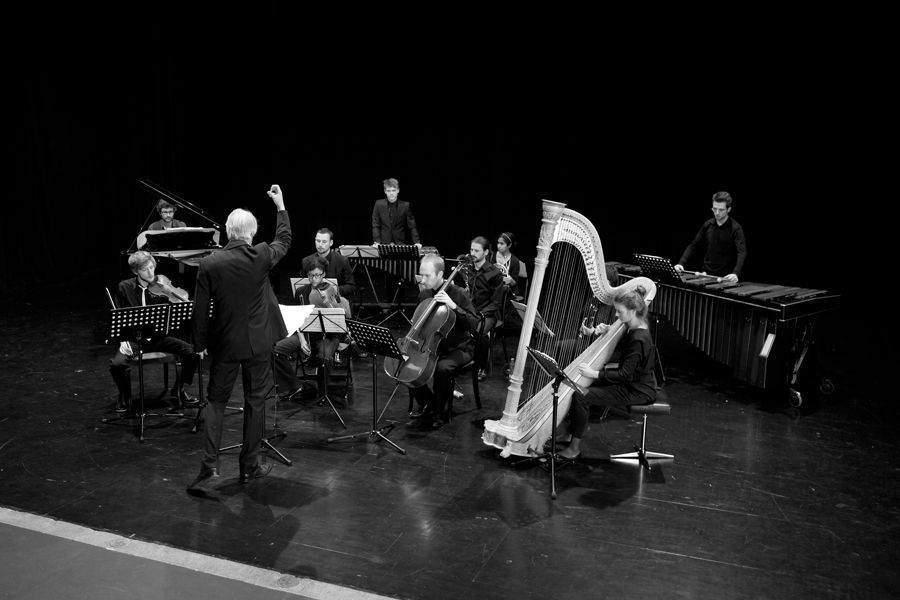 For the third year in a row the St Petersburg Contemporary Music Center reMusik.org will host the St Petersburg International New Music Festival.
The festival offers various musical concepts that facilitate the learning and understanding of a new, unique musical language of numerous dialects created by late 20th century and 21st century composers. St Petersburg audiences will find themselves in heretofore unknown musical territory, where a spectrum of new sounds and shades will appear and excite their attention. The leading Western European and Russian contemporary groups have been invited to St Petersburg, and interaction with these musicians is an important part of the festival: in addition to concerts, there will be master classes and meetings, allowing the musicians of St Petersburg to expand their knowledge of the contemporary performing arts.
Festival Artistic Director: Mehdi Hosseini

The ensemble Proton Bern was founded by participants of the Boswil New Music Seminars, one of the greatest forums of contemporary music. The orchestra enjoys fruitful collaborations with such renowned conductors and composers as Beat Furrer, Klaus Huber, William Blank, Vladimir Tarnopolski and Vinko Globokar. At the invitation of Beat Furrer the ensemble recorded two CDs of his music with Musique Suisse.
One defining character of the orchestra is the incredibly unusual format of its performers, varying from small chamber ensembles to a larger orchestra.
In addition to its concerts in Switzerland and internationally, the ensemble regularly appears with programmes in its home town of Bern. These have included the themed concerts protonam montag, as well as the Protonwerk workshop for young composers run in collaboration with the Pro Helvetia Swiss Arts Council.As part of the Protonwerk project composers are given the opportunity to collaborate with the ensemble’s musicians at every stage of a work’s creation, from the commission to the first public performance.
Proton Bern is also the main orchestra of the Dampfzentrale Bern, an organisation that aims to popularise new music. In the 2012–2013 season on the initiative of the Gare du Nord concert society of contemporary music in Basel the orchestra was awarded the title “Ensembleof the Year”.
For more details about the ensemble please go to: www.ensembleproton.ch