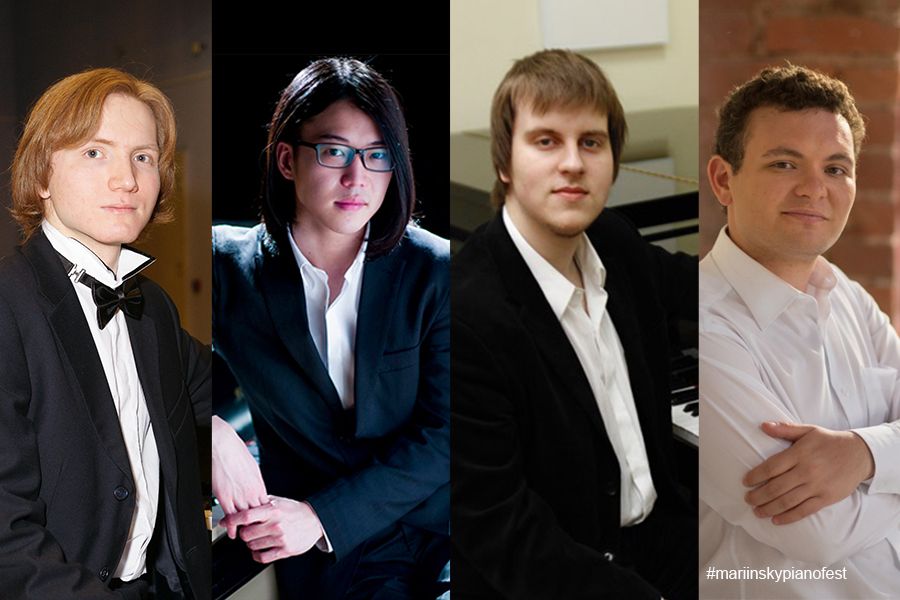 Sergei Rachmaninoff
Rhapsody on a Theme of Paganini, Op. 43
Piano Concerto No 2 in C Minor, Op. 18

Mozart’s piano concerto is the apotheosis of the piano, placing the instrument in the broad frame in which it belongs – and at the same time the apotheosis of the concertante element is embedded in the symphonic.
Alfred Einstein
Mozart did not give as much significance to his concerti as later researchers did. Here is an extract from a letter to his father Leopold Mozart dated 28 December 1782: “The concerti are somewhat middling, between too complex and too easy, they contain a great deal of dazzle, they are pleasant to listen to but, of course, they don’t flow into emptiness. In some places connoisseurs alone may receive pleasure – apropos, those who are not connoisseurs should be instinctively pleased with them.”
Mozart composed a huge number of concerti and concertante pieces for strings and woodwinds. These include the Sinfonia concertante for violin and viola. The piano concerti, however, absolutely surpass everything the composer had done in the genre, as only the piano can truly compete with the orchestra. “The keyboard has a power that rivals the orchestra,” wrote Alfred Einstein. And this historian of Mozart continued that “We can see one again that all of Mozart’s keyboard opuses, including the concerti, were written not for the cembalo but for the piano, and that all of the ladies and gentlemen ready to perform the Concerto in C Minor K. 491 or the Concerto in C Major K. 503 on the cembalo had to be driven from the stage.”
Of course, the harpsichord does possess rich timbre possibilities, but it is impossible to attain a blend of the concertante and the symphonic on it which can be attained with the piano. According to Alfred Einstein, it was on the piano that Mozart succeeded in “the most gloomy and the most exultant, the most merry, the most deep, bursting from the sphere of the gallant style into that of the symphony and raise the audience to a higher level.” He also considers that “audiences who have come to understand Mozart’s keyboard concerti are the finest audiences in the world.”
Let us try to justify the compliment given at the start. We listen and we cast a glance around at the panoramic imagery of the concerti that Mozart presents. Here we should note that beyond it lie the composer’s earlier opuses: the ten-year-old (!) Mozart wrote his first piano concerti in 1767, influenced by the music of Johann Christian Bach. “Influenced by” is putting it mildly – the wunderkind simply reworked the three sonatas, Op. 5 of the “Berlin Bach” into the Piano Concerti K. 107. He reworked them and was not at all ashamed of doing so – the genre of the “pasticcio” was widely admired at the time and Johann Sebastian Bach himself had produced transcriptions of concerti by Vivaldi. In Italian in the sheet music it states “Tre Sonate del Sgr. Giovanni Bach ridotte in Concerti dal Sgr. Amadeo Wolfgango Mozart”. “Sgr. Amadeo” did exactly the same thing with works by other less well known contemporaries. For a long time the concerti K. 37, 39, 40 and 41 were considered to be creations of the “true” Mozart until researchers’ efforts discovered their melodic prototypes (because of the modest tutti these concerti are the only ones that can be performed on the cembalo).
In January 1777 Mozart composed his Concerto in E Flat Major K. 271. This was already a master work: a composer at the age of twenty-one, he had won over the public, not by turning to standard imagery but by offering a new concept of the genre. The young genius acquired maturity: the role of the soloist, as never before, was at one with the accompanying ensemble which came to be what is the symphony orchestra.
Alongside the late symphonies, Mozart’s piano concerti represent the zenith of the composer’s creativity, the crowning glory of his instrumental art. In Mozart’s concerti the three-movement structure of form was finally established, the “Italian” arioso-like quality of the slow parts is matched with the robust “German” nature of the sonata allegros and rondo finales. The majority of Mozart’s concerti were composed in Major keys, which does not at all mean that thy are devoid of drama; the inner tension can be felt in the dialogues between the soloist and the orchestra and in the prolonged tutti, in terms of their passion close to the late symphonies.
This drama is restrained, and it is just in two concerti in Minor key (No 20 in D Minor, K. 466, and No 25 in C Minor, K. 491) that we hear hints of the passion that foretold Beethoven and the era of romanticism. It would be no exaggeration to say that these were the first concerto-symphonies in the history of the genre.

Living abroad, Sergei Rachmaninoff composed little, appearing primarily as a concert pianist. In his works from that period he often turned to the European legacy – thus he composed the piano variations on a theme of Corelli and transcription of works by Bach, Schubert and Mendelssohn. Rhapsody on a Theme of Paganini was Rachmaninoff’s last work for piano. It was written at the Villa Senar in Switzerland in a short period, just one and a half months. The rhapsody comprises twenty-four variations on a theme from the famous Violin Capriccio No 24 by Niccolò Paganini. The variations are combined in three groups, as a result of which we can see a form reminiscent of a piano concerto – the presto first movement, the lento second and the virtuoso finale. In the seventh variation there is the theme of the mediaeval sequence Dies irae (“Day of Wrath”) – one of the themes that flows through all of Rachmaninoff’s music. The lyrical core of the lento movement and, indeed, the entire cycle, is Variation No 18, in style very remote from the theme but retaining an intonational link with it. In the culmination of the coda we once again hear the Dies irae theme, though the work concludes with peaceful and enigmatic music.

Sergei Rachmaninoff overcame the severe spiritual crisis caused by the disaster of his First Symphony after several years of silence. His Second Piano Concerto (1901) heralded the composer’s true “recuperation” and bore witness to the tremendous rise in his creative powers. As a token of gratitude, Rachmaninoff dedicated one of his finest works to his physician Dr Nikolai Vladimirovich Dahl. A performance of the slow second movement of the concerto was greeted with delight by leading musical figures in Moscow. According to contemporaries, Sergei Ivanovich Taneyev cried during the performance, calling Rachmaninoff’s music brilliant. The concerto’s actual premiere on 27 October 1901 in Moscow was also an absolute triumph. The composer performed the solo, and the orchestra was conducted by Alexander Ilyich Siloti. The monumental nature of its form and the variety and power of the full-sounding piano, “competing” with the colourful orchestral score, give the concerto truly symphonic scale. Everything in this pearl of Russian classical music – the “bell-like nature”, the broad expanse of lyrical themes, the rush of resilient and volitional rhythms, the mighty waves of culminations and the tranquil light of moments of contemplative peace – all of this is embodied with unusual beauty and it all leads towards the ultimate zenith – the powerful apotheosis, performed in delight and rejoicing.
Iosif Raiskin