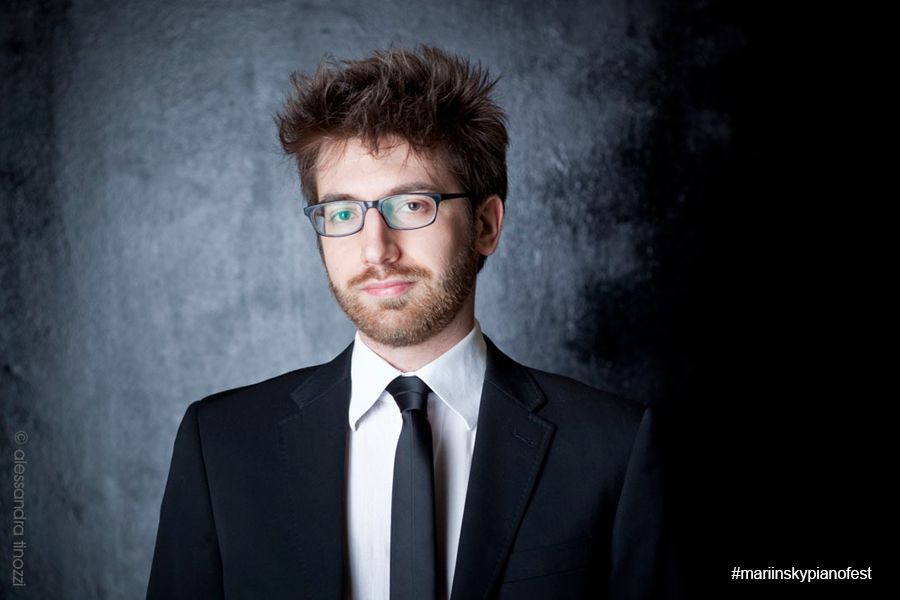 Gabriele Carcano, recipient of a 2010 Borletti-Buitoni Trust Fellowship Award, is a pianist equally at home in recital, as a soloist with orchestras and as a chamber musician. Praised by the Süddeutsche Zeitung as a “sculptor of sound” and an “aesthete” following his Munich debut at the Herkulessaal, Carcano has been the winner of numerous awards, including the Casella Prize at the Premio Venezia competitoin, where he made his debut at the Teatro la Fenice. He has been supported by the CRT Foundation and the De Sono Foundation and was also awarded a grant from the Fondation des Banques Populaires Françaises – Natexis in 2008.

Carcano has appeared in recitals in Berlin, at the Teatro della Pergola in Florence, in Hong Kong, at the Scherzo Series in Madrid, the Società del Quartetto in Milan, the Herkulessaal in Munich, in Rome, Lingotto, the Unione Musicale in Turin and the Tonhalle in Zurich. He has featured at the Kissinger Sommer festival in Bad Kissingen, the Festival Musique en Côte Basque, the French May Festival in Hong Kong, the Radio France Festival in Montpellier, the prestigious Piano aux Jacobins in Toulouse and the MiTo Festival in Turin. Carcano has performed as a soloist with the Orchestra Archi De Sono, the Orchestra Filarmonica di Torino, the Orchestra Giuseppe Verdi di Milano, the Orchestre National de Montpellier, the Orchestra di Padova e del Veneto, the Württembergische Philharmonie Reutlingen, the Camerata Ducale Vercelli and the Staatskapelle Weimar and has toured with the Orchestra da Camera di Mantova.

At the invitation of Mitsuko Uchida, he participated in the Marlboro Festival during the summers of 2010 through to 2012. In 2012 and 2013 he featured on Musicians from Marlboro tours, performing at venues and series such as at the Kimmel Center in Philadelphia, the Gardner Museum Concerts in Boston and at the People’s Symphony Concerts in New York.

Highlights of the 2015-2016 season include his appearances in Tokyo and a return invitation to Milan’s Verdi Orchestra as well as a residency project at the Italian Cultural Institute in Paris. In chamber music he will also appear at the Krzyżowa Festival, the Mecklenburg-Vorpommern Festival and on tour with the Tel Aviv Wind Quintet in Israel.

Born in Turin in 1985, Carcano began studying the piano at the age of seven and graduated from the Conservatorio di Musica “Giuseppe Verdi” in Turin at the age of seventeen with the highest grades and honours. He continued his studies with Andrea Lucchesini at the Accademia di Musica in Pinerolo and with Aldo Ciccolini in Paris, followed by Nicholas Angelich at the Conservatoire National Supérieure de Musique as well as with Marie-Françoise Bucquet. He has also worked with Leon Fleisher, Richard Goode, Robert McDonald and Mitsuko Uchida. From autumn 2015 he teaches at the Accademia di Musica in Pinerolo.