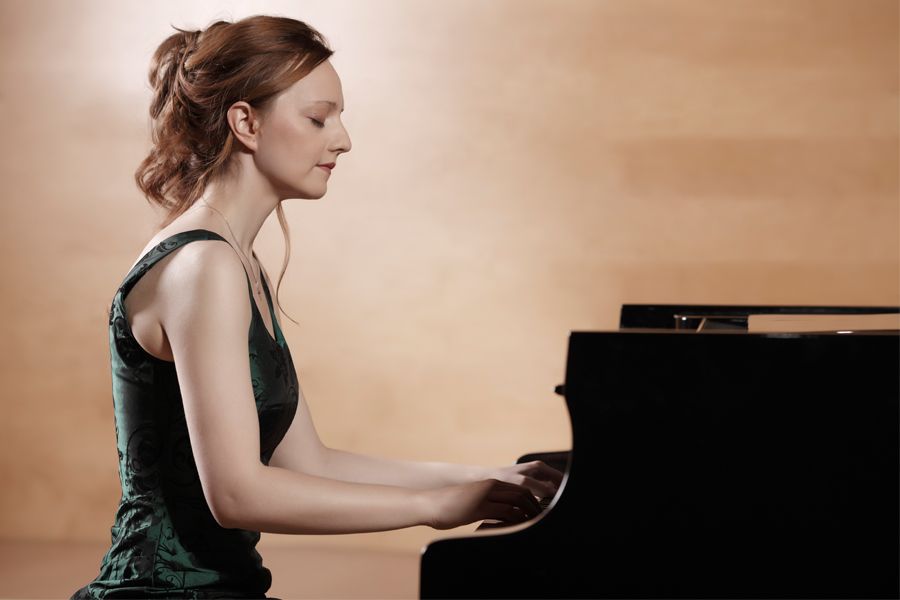 Modest Musorgsky
Pictures at an Exhibition

The Six English Suites appeared no later than 1720, among a tremendous number of instrumental works that Bach composed while he was serving in Keten. From that time on, Bach used them as didactic material – to instruct his pupils in keyboard playing and particularly in composition. Unlike the French Suites and Partitas he subsequently wrote, in the English Suites the demonstration of genius is somewhat intentional in character. In the Suite in A Minor, the performer must overcome numerous technical difficulties, while the listener must evaluate the polyphonic fanciful constructions in the suite of dances.
Anna Bulycheva

Sonata No 31, the penultimate of Beethoven’s piano sonatas, was written in 1821 – 1822. In Beethoven’s lifetime, sonatas were never meant for performance at public concerts. The audience was made up of close circles of connoisseurs and music lovers. At times there could be no audience at all: performed alone, one became immersed in the composer’s intimate world, trying to catch at his meaning.
Sonata No 31 is an ideal example of an original and enigmatic idea of the composer. A lyrical first section, the scherzo, which ends with disaster, then there come the recitative and two ariosos that are interwoven with two fugues – there is no other such sonata.
Anna Bulycheva

Musorgsky composed the piano cycle Pictures at an Exhibition in 1874 following and still impressed by the posthumous exhibition of paintings and architectural designs by Viktor Gartman (1834–1873). On the title sheet Musorgsky had written “Dedicated to Vladimir Vasilievich Stasov. Pictures at an Exhibition. A Recollection of Viktor Gartman.”
In looking for “the soul of things” Musorgsky was least of all interested in a “precise” musical illustration. His vast imagination as a composer found inspiration to take off independently through Gartman’s portraits, genre scenes and architectural compositions. This is also true of the painter’s landscapes, and his genre sketches made during his travels (The Old Castle, Les Tuileries, Cattle, Two Jews, Rich and Poor, Le Marché de Limoges, Les Catacombes), and his sketches for toys or theatre costumes (The Gnome, The Ballet of Un-hatched Fledglings). Images of Russian folklore – from fairytales, from legendary epos (The Peasant’s Hut on Chicken’s Legs, The Bogatyr Gates) – were, for the first time in piano music, developed with such absolute perfection. In the aforementioned letter to Stasov, Musorgsky gave a glimpse of the idea behind the series: “My imagination can be seen in the interludes.” This concerns the so-called Promenade – music that is not weighed down directly by the artist’s drawings and that brings together the various parts of different character in a united whole. The interludes Musorgsky speaks of, or promenades, which lead from one part of the exhibition to the next, are imbued with the spirit “of a magnificent jewel of Russian culture – the celebrated refrain” (M. Yudina). At the beginning, the Promenade sounds like an independent, finished introduction to the series, and later it expands broadly and diversely in its variations varies, preparing to introduce a new “picture” in order that it can be triumphant in the exultant bell ringing in the finale.
Iosif Raiskin