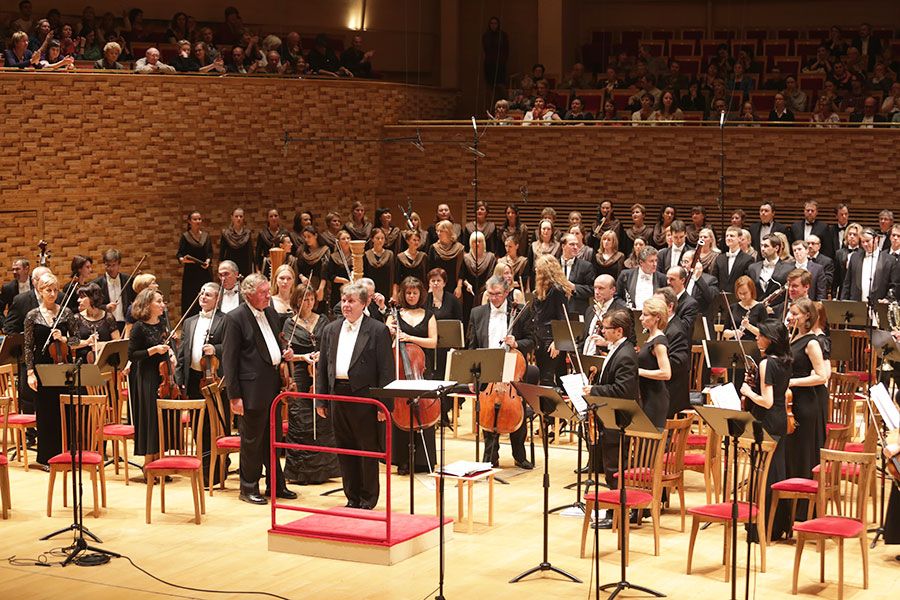 First concert of the thirty-sixth subscription

The Große Messe in C Minor was composed in 1782 and was the last of numerous masses composed by Mozart starting when he was ten years of age. The work appeared in accordance with a promise given by the composer when his fiancée Constanze was ill. The first performance of three of the movements of the mass – Kyrie, Gloria and Sanctus – took place on 26 August 1783 at St Peter’s in Salzburg (Constanze sang the soprano part). The movements Credo and Agnus Dei were not yet finished, and Mozart was not to finish the work at a later date. The probable reason was the politics of Emperor Josef II regarding church music, which bore the motif “The simpler the music the more it corresponds to Christian humility and reverence”. In 1783 specifically, the use of musical instruments was strictly limited. For such monumental works as the Große Messe, the prospects were not good. Instead, Mozart used the music of the mass in the oratorio Davidde Penitente.
Many sections of the Große Messe bear witness to the influence of spiritual music by Bach and Handel, while in other sections inspiration carries Mozart far from the old tradition. Of the Christe Eleison, Hermann Abert wrote “The solo soprano brings to mind compassion for Christ with the heart overflowing in ecstasy… The tremendous galloping and the abundance of coloratura betray a dangerous proximity to Italian opera.”
Anna Bulycheva
Age category 6+