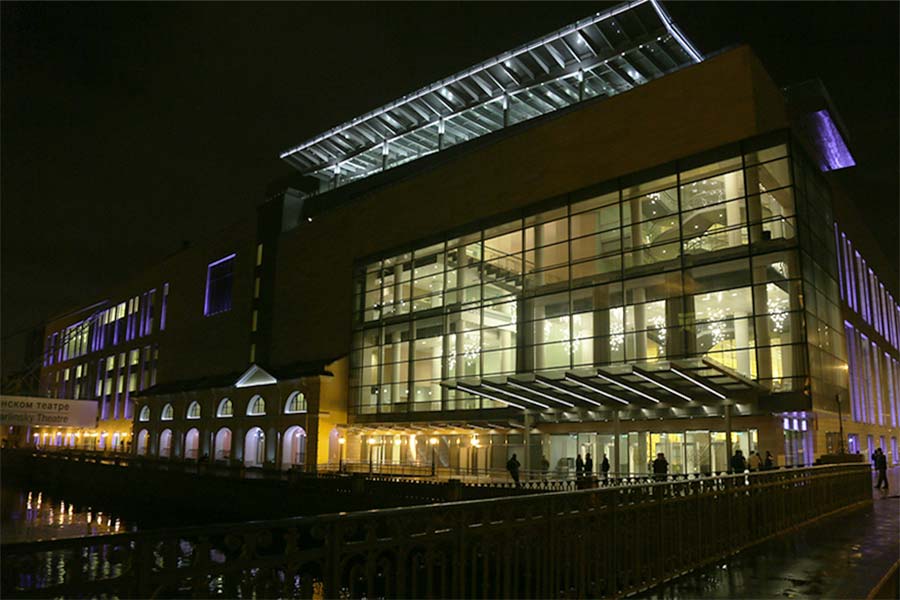 In memory of the Sinai Peninsula air-crash victims

The work known as Mass in B Minor was written by Johann Sebastian Bach over the course of a quartet of a century. In 1724, based in Leipzig, for Christmas Bach performed Sanctus, Kyrie and Gloria, together forming a short mass. In 1733 he dedicated this opus to Kurfürst Friedrich August von Sachsen II. In the 1740s Credo appeared, while in 1747–1749 Bach undertook a grandiose project: he composed a complete mass from previously written and new music. There is no historically true evidence as to whether the work was performed in its entirety during Bach’s lifetime or if that event occurred in the 19th century. The first public performance of the mass in full took place in 1859 in Leipzig under the baton of Karl Riedel.
The staggering diversity is combined in the mass with the no less staggering unity. The arias and ensembles of the five soloists, the choruses of four, five, six and eight voices, the violin, flute, oboe and bassoon solos as well as the “hunter’s flute” (corno da caccia) come together in a strict composition. Frequently the parts that seem to be independent are actually totally integral, such as, for example, the duet Domine Deus, Rex coelestis (“O Lord God, Heavenly King”) and the chorus Qui tollis (“who take away the sins of the world...). The “heart” of the mass is centred around the three choruses Et incarnatus, Crucifixus and Et resurrexit, which are dedicated to the embodiment, crucifixion and rebirth of Jesus Christ.
Anna Bulycheva

Over the last five decades, Helmuth Rilling has played a vital role in the international reception of Johann Sebastian Bach’s music. He was responsible for the first recording of the entire music composed by Bach and has produced numerous Bach Academies in many countries all over the world.
Following his retirement, Professor Rilling decided to focus on education projects and master-classes and a limited number of concerts where he can impart his immense knowledge of Bach to a younger generation of musicians. For this reason, the Bach Ensemble Helmuth Rilling was founded in 2014. It is an orchestra consisting of friends and companions of Helmuth Rilling, who are all Bach specialists and members of leading orchestras in Germany. In collaboration with young musicians from all over the world they perform major works by Johann Sebastian Bach and produce lecture concerts to explain Bach’s music to the audience.
This current season, the Bach Ensemble Helmuth Rilling will present Bach’s Mass in B Minor in Moscow and St Petersburg as well as a series of Christmas Oratorio performances throughout Germany. In collaboration with the International Lübeck Choral Academy, in 2016 there will be productions of Bach’s St Matthew Passion and Handel’s Messiah.