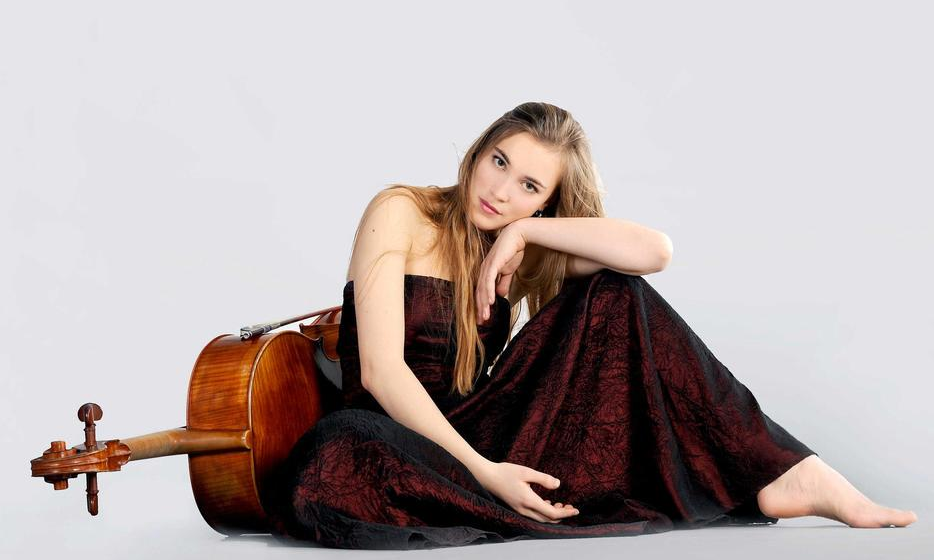 Nadège Rochat was born in Geneva in 1991, she started studying cello at the age of 4. In 2001, aged 10 then (at the age of ten), she becomes the youngest finalist of the international competition "Jeunes Interprètes", chaired by Pierre Amoyal.
In 2003, she wins the first prize of the " Vatelot-Rampal" competition, and gives her first soloist concerts with orchestra (on the occasion of the "International Cultural Festival for the Youth" in Shanghai).
In 2006, Nadège Rochat received the first prize of the Swiss competition "Concours des Jeunesses
Musicale Suisse" as well as the "Prix du Crédit Suisse" and the "prix de la Fondation SUISA" for her interpretation of Heinz Holliger "Trema". Since 2006, she studies with Maria Kliegel at the Hochschule für Musik, Cologne. In 2007 and in 2009, she got a first prize at the German competition "Jugend musiziert" and the Classic-Price of West German Radio (WDR) for her interpretation of the 3rd sonata by Beethoven.
Since her debut in the Carnegie Hall (New-York) and in the Concert Hall Berlin, she played as soloist with many orchestras and gave recitals in the best Halls of Germany (Philharmony Munich, the Philharmony Cologne, the Tonhalle Düsseldorf, Beethovenhaus Bonn, Dortmund Konzerthall with Dortmund Philharmonics, Stadtskapelle Weimar, Amadeus Chamber Orchestra of the Polish Radio, Warsaw Symphonic Orchestra, NDR Orchestra etc.). Her concerts were often broadcast by German and Swiss Radios (SWR, BR, WDR, RSR2 etc.).
2012, Nadège Rochat recorded the cello concerts by Lalo and Milhaud with the Württembergische Philharmonie Reutlingen. She will present the CD in the Musikverein Wien giving 2 concerts in Oktober 2014. 2013, Nadège Rochat is beginning a Master at the Royal Academy of Music in London by Robert Cohen. She has been awarded a scholarship from the Studienstiftung des deutschen Volkes.
„Her technique is immaculate, (...) she is a true performer.“ Iván Fischer, Music Director of Budapest Festival Orchestra
Hailed by critics as „more than an extraordinary talent“, the young virtuoso cellist Ildikó Szabó has established herself as one of the most exciting musical talents of the new generation. She is acclaimed for her phenomenal technique and her creative musical imagination.

„It is different. It is creative, idiosyncratic and trend-setting in all aspects. It is much more than a difficult to win music contest – TONALi. It drives top sponsorship and at the same time initiates the impulse for cultural education. It addresses young composers, high potential young musicians and numerous young listeners (more than 10,000 in 12 Hamburg based schools), who often find to classical music because of TONALi. It is a total work of art, which has been cleverly and effectively adjusted to the actual music situation. The city of Hamburg, which has strong musical scene, can be proud of TONALI, which no one today wants to miss anymore and which has found much attention far beyond Hamburg.
It is with much personal solicitousness and respect in my role as honorary president that I see the rapid development of TONALi. This unique and highly demanding music project, initiated in 2009 by two young cellists Amadeus Templeton and Boris Matchin will see its fourth edition in 2014 as a result of tireless dedication, voluntary commitment and the support of many personalities, institutions and sponsors.
The 2014 competition focuses on the violin. 12 violinists (with residence in Germany), all aiming for a solo career, may qualify and compete to win the TONALi-prize worth 10,000 Euro. Those making it to the final, will be invited to perform a violin concert in the big hall at Laeiszhalle Hamburg with the renowned The Deutsche Kammerphilharmonie Bremen. This poses a strong incentive for the young musicians to perform at their very best and makes them happily engage themselves with TONALi fundamental principles:
• A distinctive interest in the future of classical concerts, which in its format looks for new ideas, new rituals and contemporary communication.
• Active discussion about the question the musician can take more responsibility for the development of classical concert future.
• The willingness to widely communicate these new formats, encouraged by TONALi by its unique school activities that prove a contemporary relation between audience and musician.
TONALi sets a trend as a result of its threefold structure: „writing (composition prize), performing (Grand Prix) and listening (TuttiContest)“ and challenges many in various ways. Christoph Eschenbach, Conductor and TONALi Honorary President.