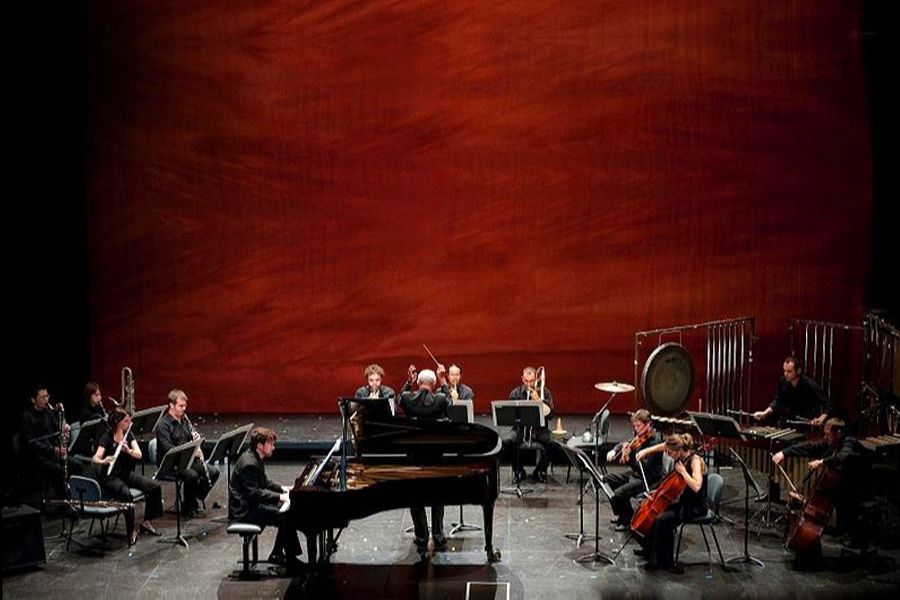 Founded in 2005 by Jean-Marc Daviet and Jean-Marie Paraire, the Lemanic Modern Ensemble consists of professional musicians fascinated with contemporary music. The group is sponsored by numerous governmental and private foundations and has close ties with the Archipel Festival in Geneva, the Scène Rhône-Alpes de Château-Rouge (Annemasse), the Théâtre de Vienne, Rennes University, the Festival des Jardins Musicaux de Cernier, the Dampfzentrale in Berne, the Fondation Royaumont and the International Society for Contemporary Music in Lausanne. The musicians’ involvement in cultural activities both in Geneva agglomeration and outside earned them a reputation of one of the most remarkable orchestras of the region.

The musicians are also involved in lot of educational projects offering two programmes for musical students: the annual Lemanic Modern summer academy at the Haute École de Musique de Lausanne presenting contemporary repertoire, and the Amadeus summer academy, held every two years and supported by Amadeus Festival and Art Mentor Foundation, which gives young composers a chance to perfect their works with a help from more experienced colleagues.

This year the ensemble will perform twice in St. Petersburg at ReMusik Festival and will also give three concerts at the 7th New Music Week of Shanghai, while in 2015 the musicians are scheduled to participate in the Venice Biennale.