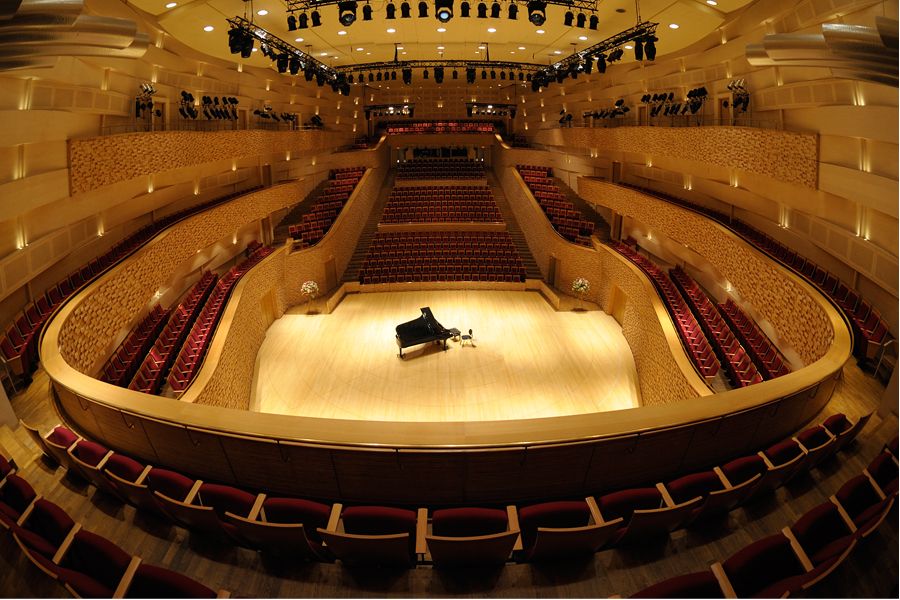 PYOTR GOROBETS
Piano
Pyotr Gorobets was born in 1988 in Taganrog. At the age of twelve he performed with a symphony orchestra for the first time. In 2005 he entered the Middle Special School of Music of the Rostov State Rachmaninoff Conservatoire (class of S. I. Osipenko), entering the Rostov Conservatoire itself two years later. During his studies he was a prize-winner at the Blüthner Young Pianists’ Competition in Kaliningrad (2nd prize, 2007) and the All-Russian Lev Oborin Piano Competition in Astrakhan (1st prize, 2010) as well as a grant-recipient of the Mstislav Rostropovich Foundation (Moscow) and the Glazunov Foundation (Munich). He has appeared with several orchestras, among them the St Petersburg Youth Symphony Orchestra and the Volgograd Philharmonic Orchestra. In 2009 he took part in the St Petersburg House of Music’s project A River of Talents.
Since 2012 he has studied at the Hochschule für Musik und Theater in Hamburg (class of Anna Vinnitskaya). In 2014 he won the top prize of the Elsa Meyer Foundation in Hamburg. Frequently performs in recital. Appears in towns and cities throughout Russia and Germany as a soloist and together with chamber ensembles.

DARIA PARKHOMENKO
Piano
Daria Parkhomenko was born in Rostov-on-Don. Began to study music at the age of five. In 2003 she entered the Middle Special School of Music of the Rostov State Rachmaninoff Conservatoire (class of S. I. Osipenko). In 2013 she graduated from the Rostov Conservatoire with distinction.
She has been a prize-winner at the South-Russian festival of piano and ensemble music The Path to Mastery in Rostov-on-Don (1st prize, 2003), the I Blüthner Young Pianists’ Competition in Kaliningrad (3rd prize, 2007), the All-Russian Competition Young Talents of Russia in Moscow (2009), the I international competition of piano and ensemble music The Path to Mastery (2nd prize, 2010), a diploma-recipient at the XI International Maria Yudina Competition in the category “Piano Duets” in St Petersburg (2009) and a semi-finalist at the International Ricardo Viñes Competition in Lérida (2012).