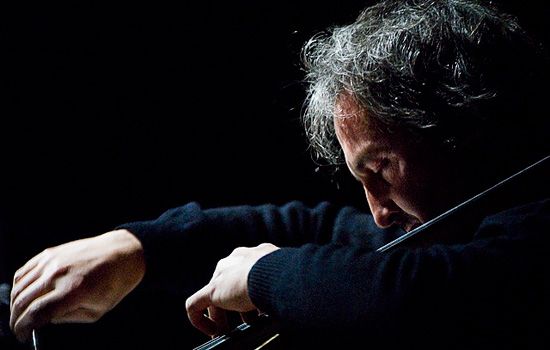 On 24 March 1721 Johann Sebastian Bach sent Christian Ludwig, Margrave of Brandenburg, the scores of six concerti “for various instruments.” The Margrave, whom Bach had met in 1719 in Berlin, was a passionate music lover who collected the scores of more than two hundred concerti by various composers in addition to being a strong proponent of Antonio Vivaldi. Bach’s Brandenburg concerti were based on a model created by Vivaldi (almost all are in three movements and feature wind instruments), but each of them is highly original. No two are alike, each is unique, and together they comprise a veritable encyclopaedia of Baroque music.

The unique nature of Concerto No 4 for Violin, Two Flutes, Strings and Basso continuo lies in the fact that here once and once only a very rare type of flute is used – not the disassembled flute and not the end-blown flute but the echo flute. These are so rare that even authentic performers today use them but very seldom. The second movement of the concerto is based on the effect of an echo, while the great polyphonist of all time and peoples wrote the finale in the form of a fugue.

In Concerto No 5 the solo instruments include the harpsichord, in addition to the performers of the disassembled flute and the violin, for the first time in the history of music. Bach was probably inspired to do this by the possibilities offered by the instrument itself, for which he travelled especially to Berlin in 1719, there meeting the Margrave of Brandenburg. Immediately after the first orchestral ritornello the harpsichord ceases accompanying the strings (which it does incessantly in the other five concerti) and has music of its own to perform. At the end of the first movement there is a colossal keyboard cadenza. Later, Bach and his sons developed this idea, composing dozens of concerti for keyboard and orchestra.
Anna Bulycheva

Philip Glass (1937–) is an extremely popular contemporary American composer whose music is closely linked with the aesthetics of so-called “minimalism”. The composer himself prefers not to use this term, instead defining his works as “music with repetitive structures”. What links Glass with such acclaimed minimalists as Steve Reich, Terry Riley and John Adams is the feeling of a kind of static that emerges when listening to their music, a kind of  “ossification” together with internal movement and constant renewal.
Philip Glass has composed numerous symphony and chamber works and operas as well as film music. Russian audiences may also know his music thanks to director Andrei Zvyagintsev’s film Elena, which makes use of highlights from Glass’ Third Symphony.
The name of the work Music in the Form of a Square, has nothing whatever to do with either Kazimir Malevich’s Black Square, or cubo-futurism. It merely reflects the performance ritual as denoted by the composer. Both flautists move along music stands that form a square (one inside the square and one outside it), performing the musical text on each stand as they go. This is one of Glass’ early works composed in the repetitive technique; it was premiered in 1967.
One researcher wittily remarked that “A sense of the harmony of civilisation and nature, ‘the ecological structure’ of repetitive music can be felt just as clearly as its technical foundations. The music of gradual processes could only emerge in a place where a train passenger could infinitely observe an almost unchanging landscape, such as Kansas...” (Pyotr Pospelov). This word “almost” contains the kernel of the aesthetics of composers who employ repetitive technique. Just as gradual changes in the landscape are seen by the hawk-eyed observer, so the attentive listener will catch the process of endless renewal in the apparent monotony of  “repetitive structures”.
Iosif Raiskin

George Crumb (1929 –) is one of the most renowned American composers and has written numerous vivid and unique symphonic and chamber works. Among these are Star-Child for soprano, boy’s chorus, a group of orators, bells and vast orchestra (the score being conducted by four conductors), Haunted Landscape for symphony orchestra, the string quartet Black Angels, four cycles for two pianos entitled Makrokosmos and Madrigals for soprano and ensemble to verse by Federico García Lorca among others. A maestro at complete ease with contemporary composition techniques, Crumb also employs naïve simplicity of intonation.
Vox Balaenae (The Voice of the Whale) (trio for flute, cello and prepared piano with electrical amplification) is one of the most significant works in avant-garde music to appear in decades.
The composer says of the work that “Vox Balaenae was composed for the New York Camerata. The work was inspired by the singing of the humpback whale, a tape recording of which I had heard two or three years previously. Each of the three performers is required to wear a black half-mask. The masks, by effacing the sense of human projection, are intended to represent, symbolically, the powerful impersonal forces of nature (i.e. nature dehumanised). I have also suggested that the work be performed under deep-blue stage lighting. The form of  Vox Balaenae is a simple three-part design, consisting of a prologue, a set of variations named after geological eras and an epilogue. The prologue (the opening Vocalise) is a kind of cadenza for the flautist, who simultaneously plays his instrument and sings into it... The Sea-Theme is presented by the cello (in harmonics), accompanied by dark, fateful chords of strummed piano strings. The following sequence of variations begins with the haunting sea-gull cries of the  Archezoic and, gradually increasing in intensity, reaches a strident climax in the  Cenozoic... The concluding Sea-Nocturne is an elaboration of the  Sea-Theme. The piece is couched in the "luminous" tonality of B Major and there are shimmering sounds of antique cymbals (played alternately by the cellist and flautist). The concluding gesture of the work is a gradually dying series of repetitions of a ten-note figure. In concert performance, the last figure is to be played “in pantomime” (to suggest a diminuendo beyond the threshold of hearing!).
It is interesting that Crumb creates the border between dead and living nature with the help of an allusion to the first bars of Richard Strauss’ symphonic poem Also sprach Zarathustra: the first time ad the close of the flute cadenza in the Vocalise and the second time in the  Cenozoic which depicts the time of the birth of mankind.
The meditative quality of Crumb’s music has its roots in ancient myths and rites. To an equal degree it is influenced symbolist images of Lorca, Debussy and Messiaen.
Iosif Raiskin