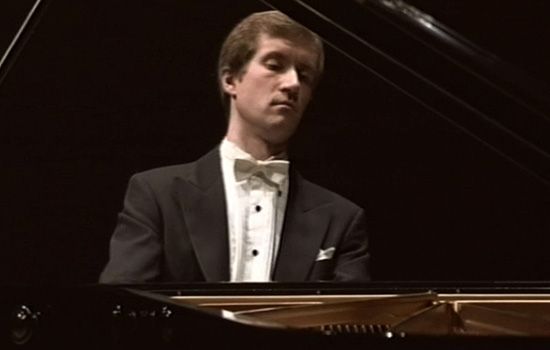 Béla Bartók
Suite from music for the ballet The Miraculous Mandarin

Anatoly Konstantinovich Lyadov found the programme for the “folk tale” for orchestra of Kikimora (1909) in Ivan Petrovich Sakharov’s Tales of the Russian People. the piece is somewhat reminiscent of a refined “post scriptum” to Rimsky-Korsakov’s fairytale operas. It is a wonderful example of Art Nouveau in music (although the short episode featuring the celesta was clearly influenced by Chernomor’s March from Glinka’s Ruslan and Lyudmila). Kikimora is dedicated to the composer Nikolai Tcherepnin, a member of the World of Art movement.
In the first, slow section of Kikimora we hear a theme close to the Cradle Song from Lyadov’s Eight Russian Folk Songs for Orchestra. in a few strokes it depicts the time and place of the action: night-time, a village hut. the orchestration is also “of the night”: the strings and the brass are played muted. the second part of the piece is a scherzo in presto which conveys Kikimora’s tricks. Kikimora stands apart from Paul Dukas’ famous fantastical scherzo L’Apprenti sorcier (1897) thanks to its typically Lyadov-like features: laconicism, filigree elements to the details, vivid national characteristics and a light, literally “melt-in-the-mouth” orchestration.
Anna Bulycheva

Sergey Rakhmaninov's 3rd Piano Concerto was written at a time when his talent had finally been freed of doubts, self-restrictions and external obstacles, had fully matured and strengthened. Starting with the 2nd Piano Concerto in 1901, brilliant new compositions, frequently more than one, appeared every year. This phenomenal burst of creativity was not impeded even by Rakhmaninov's intensive performing and conducting commitments. The 3rd Piano Concerto was written in the summer of 1909, when the composer was 36 years old. In the music of Concerto one can distinctly hear not only the maturity of a Master, but also a new scope, breadth, freedom...
The concerto was first performed in New York on 28 and 30 November 1909 during Rakhmaninov's American tour. The Russian premiere, performed by the composer, took place in Moscow on 4 April 1910. The concerto is dedicated to the outstanding Polish pianist Jozef Hofmann, whom Rakhmaninov met during a tour of Russia (their acquaintance subsequently continued in the USA). Hofmann expressed his feelings for the composer most vividly in this heartfelt epitaph:
Rachmaninov was made of steel and gold:
Steel in his hands, gold in his heart.
I cannot think about him without tears.
I not only admired him as a great artist,
But loved him as a man.
The 3rd Piano Concerto is one of the composer's most "Russian" works. It is often called a "concerto-song" or a "poem about the Motherland". The musical narrative - dramatic, with tragic episodes - is always lyrically painted, and can be likened to a "struggle between light and shade". The "conquest of the world" in the Finale is a genuine hymn of joy that found a particular resonance in the atmosphere of Russia at the end of the first decade of the 20th century. The middle movement, the Intermezzo, is an enigma and, to a large extent, a portent of the future (not only the "denouement" of the Concerto, but also the composer's later works) - a very personal expression, music which is, in a fantastic way, an interweaving of the present and memories of the past.
Vladimir Goryachikh

Sofia Asgatovna Gubaidulina, who recently celebrated her eightieth birthday, retains her deep belief in the mystical purpose of music. “For me,” she says, “musical form is the spirit... the transformation of musical material into a symbol takes place within it.”
Gubaidulina is drawn to exotic instruments – Russian, Caucasian, Asian and African... Among them is the bayan, for which the composer has written an entire series of works.
Fachwerk (2009) – a concerto for bayan, percussion and string orchestra – is dedicated to the renowned Norwegian accordionist Geir Draugsvoll.
Translated from German, Fachwerk means a form that carries some construction (for example the form of a bridge or a tower) that is made of wood, metal or other materials.
For Sofia Gubaidulina this term is filled with double meaning. On the one hand, it visually embodies the brilliance required to create a composition of perfect architecture and form. On the other hand, it also contains aesthetic functions. It is not by chance that forms and other construction elements give a special feel and picturesque look to masterpieces of architecture – from medieval castles and cathedrals to the Eiffel Tower.
The composer uses percussion instruments with a rare precision, creating a colourful backdrop and rhythmic framework for the strings. The colours and dynamic resources of the bayan are used just as brilliantly. It is used not so much as a solo voice as just one of the instruments in the orchestra. The artistic whole is born from the combination of the purely sonic charm and perfection of the form selected.
Iosif Raiskin

Béla Bartók’s ballet The Miraculous Mandarin (1919) was written to  the shocking libretto by Melchior Lengyel, and its characters are a girl of easy virtue and three thieving vagrants. The protagonist is a Chinese mandarin, and it would be more correct to call him not miraculous but enchanted or seized with passion. The robbers try to suffocate him, slay him and hang him, but the mandarin remains alive until the girl eventually kisses him. Probably the plot in a way reflected the details of Rasputin’s murder that shocked Europe. Today in musical theatre harsher themes are not a rarity, although for a century choreographers who staged The Miraculous Mandarin preferred to create a new libretto.
Bartók reworked the piece on several occasions. In particular, having just made some cuts, he turned it into a symphonic suite that is frequently performed. It is incredibly expressive music. Bartók was generous with radical means, right up to the glissando of the kettledrums which make the sound heavier and create a gloomy atmosphere. But there are also other passages that are completely different, written in a subtle fashion and in the spirit of impressionism, while Gennady Nikolaevich Rozhdestvensky has praised the suite for its “deep lyricism” and “utterly magical waltzes.”
Anna Bulycheva