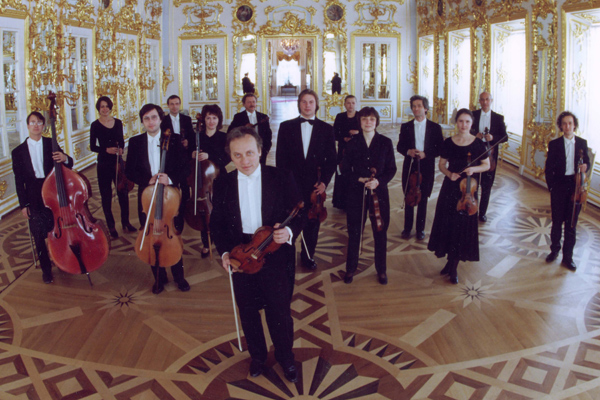 Michail Gantvarg is one of today's most outstanding musicians, the heir to the traditions of the celebrated St Petersburg violin school. His name is well known to those who appreciate truly high-class art. After graduating from the Leningrad Conservatoire, Michail Gantvarg completed his postgraduate studies in 1972 (studying with Professor Mikhail Vayman), and became the leader of the Leningrad Philharmonic Symphony Orchestra. While still a student he won the Gold Medal at the Paganini International Competition in Genoa (1967), and was a prizewinner at the All-Union Violinists Competition (1969). Since then he has pursued a busy life as a touring performer. He regularly appears in the USA, Spain, Germany, France, Italy and other countries. Gantvarg's interesting and varied programmes, the virtuosity of his performance, and his unconventional interpretations of compositions of various ages and styles have earned him a high degree of appreciation from music critics. In 2004 he was awarded the honorary title People's Artist of Russia.
Gantvarg successfully combines his concert commitments with teaching (he is currently Head of the Violin and Viola Department at the St Petersburg State Conservatoire) and conducting. In 1987 he founded the Soloists of St Petersburg Chamber Group. This unique string ensemble represents the artistic collaboration of talented musicians - young in years, but already with significant experience and achievements as performers. Their joint music-making is a combination of individual human preferences, common interests and, of course, the personality of their leader: the group is an integrated organism that sensitively reacts to its conductor's wishes. Each of their programmes is a little masterpiece of performing art. Its extensive repertoire encompasses the very best of world chamber music of the 17th to 20th centuries. The musicians also regularly introduce audiences to the latest in contemporary music and to pieces written by composers from their native city (among the works premiered by the ensemble have been by the St Petersburg composers Andrei Petrov, Boris Arapov, Grigory Korchmar and Piotr Gekker). The group performs in the world's leading concert halls, and has recorded 30 CDs. Qualities such as a keen sense of rhythm, a high degree of freedom, and a range of sound that is rich and varied in timbre are what might be called the ensemble's "visiting card", invariably holding the attention of the auditorium.