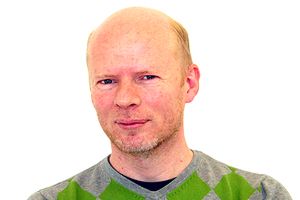 Peter van Praet began his career as the manager of the technical lighting department of the Flemish Opera in Belgium. The tetralogy Der Ring des Nibelungen, staged in Valencia, was his first joint work with Carlus Padrissa. He has worked as the lighting designer on many productions by Robert Carsen. These include Jenůfa, The Cunning Little Vixen, Kát'a Kabanová and Richard III at the Flemish Opera, Rusalka and Capriccio in Paris, Fidelio in Amsterdam and Florence, Les Boréades in Paris and New York, Tosca at the Liceu in Barcelona, Der Rosenkavalier in Salzburg, La traviata at La Fenice in Venice, Elektra in Tokyo, A Midsummer Night’s Dream in Barcelona, Orphée and Iphigénie en Tauride at the Lyric Opera of Chicago. Together with stage director Pierre Audi, he has worked on productions of the operas Les Troyens by Berlioz (Amsterdam), Alcina by Handel and Zoroastre by Rameau (Drottningholm and Amsterdam). Recent projects include Candide at the Théâtre du Châtelet (Paris), Semele at the Zurich Opera House, Rusalka at the Teatro Regio in Turin and Tannhäuser in Tokyo. Future plans include collaboration with Robert Carsen on the operas Candide (La Scala), Iphigénie (Royal Opera House, Covent Garden) and Mitridate, rè di Ponto (Teatro de Modena, Santiago).