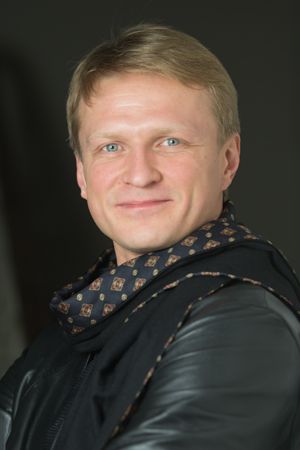 Whatever different styles of production the dancer turns to he is a natural in all of them, you believe his heroes, there is no narcissism in them, the dance here is a dance of the soul, of the characters’ inner worlds. Isn’t that what audiences care about most?

Tybalt – Ilya Kuznetsov – was no less thrilling. An impertinent and chestnut-haired rogue with a “lock of passion” that would coquettishly fall on his forehead and which he, an incorrigible duellist and scrapper, which he never forgot to set right carefully. Wild fury and passion lead him through life in a search for bloody adventures. His sword is an extension of his arm, it whips in a quarrelsome manner and makes rude cuffs on the nape as well as insulting slaps. With such energy and his boiling temperament, Mt Kuznetsov win hockey’s world championship all by himself!

Who said that artiste dancers have vanished today? The best answer to that is the great work of Ilya Kuznetsov.

• People’s Artist of the Republic of North Ossetia-Alania (2014)
• Honoured Artist of Russia (2009)
• Recipient of the Golden Sofit, St Petersburg’s most prestigious theatre prize (2000–2001 season) for “Best role in ballet” for the ballet Sounds of Empty Pages and the role of the Hooligan in the ballet The Young Lady and the Hooligan

Born in Samara.
Graduated from the Vaganova Academy of Russian Ballet in 1995 (class of Vladilen Semyonov).
With the Mariinsky ballet from 1995 to 2014.
Soloist since 1997.