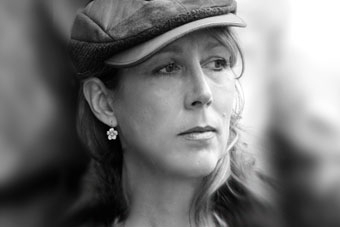 – What is the main goal of your production?
– The main feeling is that it is about a pact with the Devil. Whether the Devil is a metaphor for your dark side or is a separate being, doesn’t matter. If you are making an agreement with a devil it has to be something you feel extremely guilty about, it has to be something bad. It is a very serious thing to do.
Here is a man in a crisis of despair, his life seems worthless; this is how the opera begins. You have a middle aged or older man – not a young man – I see him as being around sixty. He’s deeply religious, he believes in searching for the truth. I felt that this is a man for whom religion has not been satisfactory, though he struggles to make it so, he’s always looking and studying, applying his intelligence to the problem of the meaning of life.
And in that, you sense this desire not to think, just to be a man is something he has avoided. Perhaps he is frightened of this side of himself. In the Goethe Marguerite is fourteen, so I thought about Lolita and then I realised that this man is like Humbert Humbert. That’s what made me volunteer to direct. I felt I understood how I could tell this story. Fourteen is very young and this man is at least forty years older than her, so this is why it’s a pact with the Devil – it’s not a healthy thing for a middle-aged man to be having a relationship with a fourteen-year-old. Any man would feel guilty. But because it made me think about Lolita and because Nabokov was Russian, I thought that this is an interesting way to look at it. I felt strongly about that.

– Goethe actually finished writing Faust when he was old, he was in love with a young girl, so it’s a bit like an autobiographical story.
– In fact he started writing it when he was about twenty-five. He went on writing it for a very long time, and it may be there is an element of autobiography in it, but the thing is it’s not that unusual for an old man to fall for a very young woman. Even before it was illegal people knew that it didn’t feel right. Instinctively you feel that this age gap is too great. I’m not suggesting she is quite a child, but it is important that she’s young and very very new to being a woman. It’s important that he’s doing something that he is ashamed of. Maybe Faust has always been battling this side of himself, has tried not to act on it. He might have dangerous thoughts, and see a girl he was interested in it but think “I must not think this way, I must not follow this weakness.” This could explain why he’s not married, why he doesn’t have any family, why he’s alone. There is also a kind of innocence to Faust because there’s a feeling that he’s doing a bad thing but that he’s very ignorant about this bad thing. It’s as if she’s a young virgin and he’s an old virgin – afraid of what he’s doing at the beginning because it’s so emotionally risky for him. Before, maybe he didn’t allow himself to take risks that, maybe he always wanted to but he never allowed it – but this time because he’s in such despair he allows himself to follow his devil and make this arrangement, so it’s frightening for him as well. He is facing his dark side, the Devil on his shoulder.

– So it’s a part of him, not separate?
– I think so. The way I see it Faust gets up from his bed, and the Devil gets up too. To begin with Faust and Devil look exactly the same. Only at the beginning – I want to “pull” the devil away from Faust as he forges ahead on his unhappy path. But to begin with they are the same person, and remain the same person. It doesn’t matter if the audience feels that this is Faust or a separate Evil because it is just a way to describe our understanding of the dark side of ourselves, of others.
At one time in my life I was religious. A religious man who does something that he knows is wrong in the eyes of his God is particularly interesting, it’s not quite the same for someone who does not believe. Faust is obsessed with the idea of God, he is fascinated with the nature of hell. He is looking for his soul but does not know where to search. He calls up spirits. He wants to eat from the tree of knowledge while knowing it is extremely dangerous and that he is treading very close to the edge of angering his God. I am using church rituals and imagery in several places, not just in the scene where a church is implied, all a little, or more, distorted as Mephistopheles plays tricks with Faust’s (or Marguerite’s) mind. I also allude to death. Faust is fascinated by death. He was already on the verge of suicide during the overture. There are graves, including his own, underfoot. All the scenes develop from Faust’s study, you could say it’s all part of Faust’s guilt.

– That’s very interesting because it is believed that Gounod wanted to emphasise the lyrical line, not the philosophical element or the religious one, namely the lyrical line. And you want to emphasise the religion.
– I think I must emphasise the religious and the philosophical. The music is very beautiful, but I do not wish to add to the lyricism. If I just present a lovely romantic story with nice, pretty music then there is no point. It is interesting when you hear an opera with very beautiful lyrical music such as this and something dark is happening on stage, it’s a fascinating counterpoint and it should enhance the way you hear the music – you will hear the beauty but you should also feel the danger. It is important to hear the danger in the music of Faust. I know Gergiev will conduct it astonishingly, he is particularly brilliant at bringing out different emotions – the beauty and the beast in the same sound.

– Who is the central character in your version? Or are they equal?
– Really it’s impossible to separate Faust and Méphistophélès. But it is Faust’s journey. However the way the opera is written you become very interested in Marguerite. She could be any girl; any girl who to him represents purity and youth, it could be a Gretchen or a Helge or someone. Faust is not much interested in who she is. She is simply an idea. A woman to fall in love with. During the overture I have two identical Marguerites in bed, sleepwalking. Faust sees this beautiful woman, but he could see any beautiful young girl and he’d fall in love with her. But the story is about him falling in love, he wants the experience of being in love, and he does not care about her in any other way – she is just part of the process of him feeling ‘love’.
So, to begin with we care about Faust/ Méphistophélès but we transfer some of our affection to Marguerite as we see what happens to her. The opera finishes focussed almost entirely on Marguerite’s salvation, but in fact we should be thinking of the contrast of Faust’s damnation.
It is her salvation that makes Faust all the more alone...