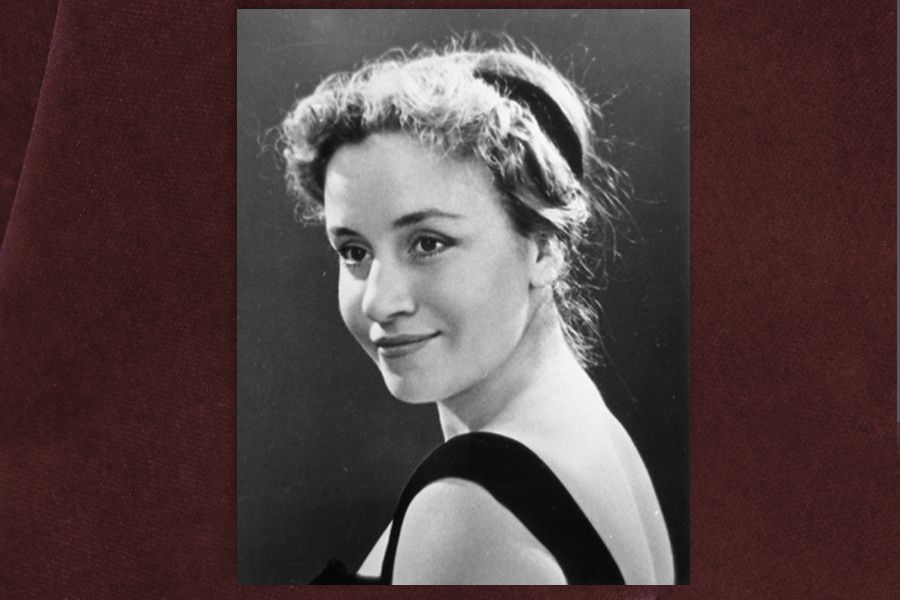 Marking eighty years since the birth of Lyudmila Filatova, People’s Artist of the USSR

“She delighted the audience not just with her superb, powerful and wide-ranging voice, but also with her incredibly dramatic acting skills... Lyudmila Filatova enchants the listeners with her heartfelt performance... Apropos, in referring to Filatova I’d speak not so much about the performance as the incredible emotions.” These words of V. Vlasov, chair of the jury of the I All-Union Glinka Competition, were addressed at the young singer who had won 1st prize at the vocalists’ competition in 1960.

The prize-winner’s medal was presented to the graduate of the Leningrad University – two years earlier she had graduated from ... the faculty of mathematics and mechanics, although it is also true that by that time she was singing with the university’s Classical Chorus and had taken part in the World Youth Festival in Warsaw (1955), while in 1957 she had won the silver medal at the vocalists’ competition of the VI World Youth Festival in Moscow. This “amateur” singer surpassed many of her professional competitors. One cannot deny the colossal role that was played in the development of the young performer’s development by her constant teacher and accompanist Elena Antik.

Lyudmila Filatova’s path to the heights of glory was an unusual one; having turned her back on the exact sciences and chosen a life in music, she ought to have entered the conservatoire’s school and trodden the established path for years to come. Filatova preferred a more practical route – after graduating from university, she joined the Kirov Theatre’s chorus and, following her success at the Glinka Competition, became first a trainee and later a soloist at the theatre. Her first roles on the stage included Charlotte in Massenet’s Werther, Preziosilla in Verdi’s La forza del destino, Olga in Eugene Onegin and Ulrica in Un ballo in maschera. Filatova always preferred dramatic roles which, the singer said, were closer to her own artistic nature. It is not by chance that one of her favourite heroines was Lyubasha in Rimsky-Korsakov’s The Tsar’s Bride. “An open temperament and the charge of emotions are conveyed by the strong, powerful and intense sound of the voice,” were the words from one review that focussed on the singer’s performance. Alongside that role, there are other favourite characters Filatova brought to life – Azucena in Verdi’s Il trovatore and Lyubov in Tchaikovsky’s Mazepa. The tragic role of Kochubei’s wife and Maria’s mother contain no “fine” arias or other winning episodes – it is a typically “secondary” role. But for a great artiste there is no such thing as a minor role – Filatova confirms this complex truth every day, every hour. In one of the Mariinsky Theatre’s recent dazzling productions – Sergei Prokofiev’s opera Semyon Kotko – she sang and enacted the role of Semyon’s mother. “I instil it with everything I have experienced in life, and I think about all the mothers whose children were taken away and their houses burnt,” the singer said in an interview, and those are no mere empty words – “Life turned me into a fighter. My father was shot when I was just one year old. I studied at the Zhdanov University, knowing that it was Zhdanov himself who had ordered the repressions in Orienburg where I come from.”

Filatova, without doubt, is remembered by her grateful public in her greatest roles – Carmen, Amneris in Aida, the Countess in The Queen of Spades, Marfa in Khovanshchina, Konchakovna in Prince Igor... She was even once called “the people’s countess of the nation”. The Prince of Wales once asked the singer during a tour to London for what the title of People’s Artist is awarded in Russia. Filatova’s response was that “You have to sing for a long time – and well.” For almost half a century at the Kirov-Mariinsky Theatre Filatova appeared in numerous operas by contemporary composers – Shchedrin, Kabalevsky, Dzerzhinsky, Petrov, Shaporin, Rubin, Kholminov, Muradeli, Klebanov... The singer particularly admires roles in Prokofiev’s Betrothal in a Monastery and The Story of a Real Man.

In chamber music programmes, too, alongside the classics Lyudmila Filatova sought out vivid pages in contemporary music – be it Shostakovich’s Spanish Songs or romances by Myaskovsky, Kabalevsky, Kochurov or Shebalin... Specially for her, the brilliant St Petersburg composer Vadim Salmanov composed his Three Russian Songs, which he dedicated to her.
Her stage career may now be over, but she continues to teach at the conservatoire, passing on the “baton of skill” to current and future generations of performers.
Iosif Raiskin