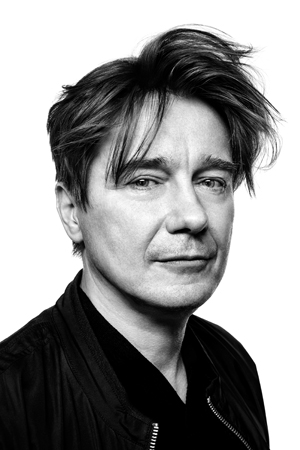 Mariusz Treliński (born in 1962) is an opera, theatre and film director. Since 2008 he has been Artistic Director of the Teatr Wielki - Opera Narodowa in Warsaw.

Born in Warsaw. In 1986 he graduated from the stage directing faculty of the National Film School in Łódź (the Leon Schiller National Higher School of Film, Television and Theatre).

Has directed several films, among them Farewell to Autumn (1990), based on the eponymous novel by Stanislaw Witkiewicz. The film featured in the main competition of the XLVII Venice Film Festival. Also made the film A Gentle Creature (1995) based on Dostoevsky's short story. In opera, he made his debut with a production of Elżbieta Sikora's L’Arrache-coeur at the Warsaw Autumn festival in 1996.

In 1999 at the Opera Narodowa in Warsaw he staged a production of Madama Butterfly, which was subsequently transferred to the Washington National Opera, the Mariinsky Theatre, the Israeli Opera, the Palau de les Arts Reina Sofia in Valencia and the Teatro Lirico in Cagliari. The director's collaboration with set designer Boris Kudlička began with Madama Butterfly.

Has worked on productions at the Staatsoper Unter den Linden in Berlin, the Metropolitan Opera, the Welsh National Opera, the Théâtre Royal de la Monnaie, the Aix en Provence Festival and the Lithuanian National Opera and Ballet Theatre among others.