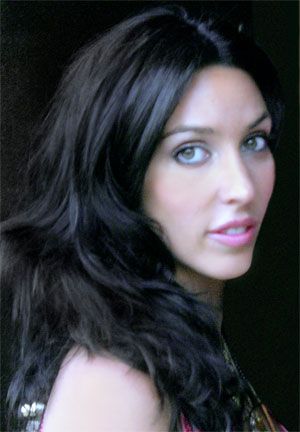 Claudia Solti graduated from Oxford University with an MA in English literature. She directed her first play, The Love of the Nightingale, whilst training to be an actress at LAMDA. The play received critical acclaim at the Edinburgh Festival and Solti went on to direct The Mad Woman in the Attic at the Riverside Studios and The Duchess of Malfi and Uncle Vanya.

In 2001 she directed her first short film, Shotgun Wedding, written by Rowan Joffe and Amit Gupta. The film was highly commended at the Regus London Short Film Festival and nominated at both the New York Shorts International Film Festival and the Melbourne Film Festival.

Claudia went on to write and direct her first feature length film, a comedy entitled That’s For Me which she co-wrote with Debra Tammer. The film was officially selected to play at the Montreal Just for Laughs comedy festival, Southampton Film Festival and the London Jewish Film Festival.

Claudia’s debut as an opera director was A Midsummer Night’s Dream at the Mariinsky in 2011 with Valery Gergiev. The production was nominated for numerous Golden Mask awards, including best director and best production and won best production. In 2012 she won the Golden Sofit award for best production of the year.

Claudia’s latest project is a feature film she co-wrote with Debra Tammer entitled Dream On, loosely based on A Midsummer Night’s Dream. She is also developing a comedy TV show for the UK called Dirty Laundry and is attached to direct the movie Champion, a biopic based on the life of British rugby player Ben Cohen.
La traviata marks Claudia’s second production at the Mariinsky.