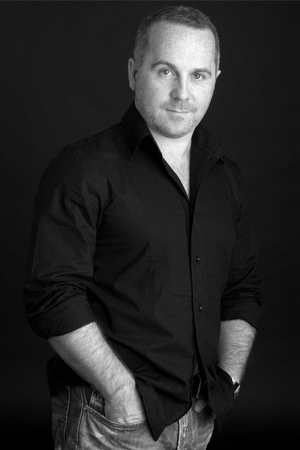 Paul Curran was born in Glasgow in 1964. He studied music, performing the clarinet with a Glasgow youth orchestra. Later he assimilated ballet at the London Studio Centre, London’s Central School of Ballet and subsequently under Sulamith Messerer. For a time he was an usher with English National Opera. Thereafter he spent two years studying at the ballet school of the Finnish National Opera, then for three years he appeared as a dancer with Scottish Ballet and in Germany.

A thigh injury put an early end to Paul Curran’s career as a dancer; he has worked as a translator and as a director’s assistant, later at the age of twenty-seven joining Sydney’s National Institute of Dramatic Art, where he studied stage direction. After graduating from the institute (1992) he assisted Baz Luhrmann, who staged a production based on Britten’s opera A Midsummer Night’s Dream, subsequently staged at the Edinburgh International Festival in 1994, and he also collaborated with Francisco Negrin, who staged Handel’s Giulio Cesare. For five seasons he worked as a stage hand and translator for the Edinburgh Festival – and it was in that capacity in 1995 that he met with Valery Gergiev, when the Mariinsky Theatre had travelled to Scotland. Paul Curran has been involved in rehearsals for a stage version of Prince Igor, which Gergiev and stage director Alexei Stepanyuk presented the same year at the Royal Albert Hall in London. Moreover, in 1995 Curran made his debut as an opera director: his first production was Die Zauberflöte at Bloomsbury Opera (London), staged in the open air.

From 2007 to 2011 he directed the Norwegian National Opera. Has been an artistic consultant for Central City Opera (west of Denver, Colorado).

At the Mariinsky Theatre he has staged a production of the opera Tosca (2007).

In 2003 he was awarded Italy’s Premio Franco Abbiati for Königskinder at the Teatro di San Carlo, while in 2015 he received Australia’s Helpmann Award for his production of Handel’s opera Faramondo for the Brisbane Baroque festival.
Information for November 2021