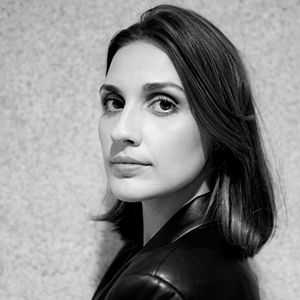 Ekaterina Malaya was born in Perm. She completed her studies under Prof. Viktor Afanasievich Ilyev, an Honored Art worker of Russia, at the Perm State Institute of Art and Culture, where she was qualified as a drama theatre director, and later under Prof. Stanislav Leonovich Gaudasinsky, People’s Artist of Russia, at the St Petersburg Conservatory named after Nikolai Rimsky-Korsakov, where she was qualified as a music theatre director.

In 2006 Ekaterina Malaya was engaged as a director by the Perm Tchaikovsky Opera and Ballet Theatre. On the stage of the Perm Theatre she produced the operas Adventures in the Land of Opera by Mark Minkov and Noye’s Fluddle by Benjamin Britten, the project Children on the Opera Stage in which 200 school goers of various ages took part in the full-scale opera Prince Igor, concerts adapted for the stage and closing ceremonies for the International Diaghilev Festival. She staged crowd scenes and assisted Michael Hunt, a UK stage director, in the international theater project, namely: Fidelio by Ludwig van Beethoven in the Perm-36 Museum of History of Political Repression (popularly known as the Gulag Museum).

In St Petersburg she produced Carmen by Georges Bizet at the Hermitage Theater in 2015 and Jealous of Herself by Tirso de Molina at the St Petersburg Conservatory in 2016.

In 2017 Ekaterina Malaya has been engaged by the Mariinsky Theatre.