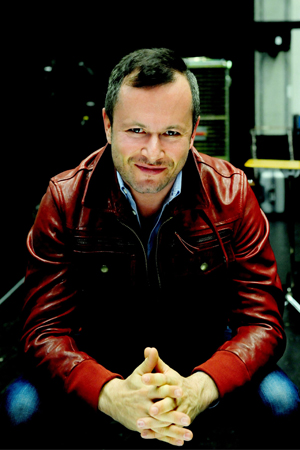 Born in Moscow in 1970, Dmitri Tcherniakov graduated from the Russian Academy of Theatre Arts (GITIS). He made his debut in opera with a production of Vladimir Kobekin’s Young David in 1998 (the Novosibirsk Opera and Ballet Theatre). Tcherniakov wears two hats (of stage director and set designer) for most of his productions.

At the Mariinsky Theatre, he staged such operas as Rimsky-Korsakov’s The Legend of the Invisible City of Kitezh and the Maiden Fevronia (2001), Glinka’s A Life for the Tsar (2004), and Wagner’s Tristan und Isolde (2005).

Tcherniakov has won multiple Russia’s Golden Mask theatre prizes for his productions of The Legend of the Invisible City of Kitezh and the Maiden Fevronia at the Mariinsky Theatre; The Rake's Progress, Eugene Onegin, Wozzeck, and Ruslan and Lyudmila at the Bolshoi Theatre; Aida at the Novosibirsk Opera and Ballet Theatre.

He won an International Opera Award for Best Director and Best Production (The Legend of the Invisible City of Kitezh and the Maiden Fevronia at the Dutch National Opera) in 2013. Tcherniakov also won a Franco Abbiati Prize of Italian music critics for his production of Prokofiev’s The Gambler at the Teatro alla Scala (2008). His awards also include the International Stanislavsky Prize, the Premios Líricos Teatro Campoamor (Spain, 2015) and other awards.