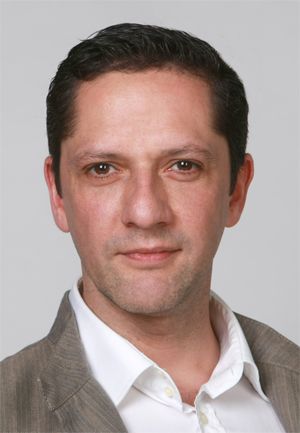 Arturo Gama has been the Stage Director of the opera company at the Mecklenburgisches Staatstheater Schwerin in Germany since 2005. He has staged a large number of productions, among them the operas Duke Bluebeard’s Castle by Béla Bartók, Tosca and Gianni Schicchi by Giacomo Puccini, Die Zauberflöte by Wolfgang Amadeus Mozart, Roméo et Juliette by Charles Gounod, Samson by George Frederick Handel and Hänsel und Gretel by Engelbert Humperdinck and the operettas Der Graf von Luxemburg by Franz Léhar and La Grande-Duchesse de Gérolstein by Jacques Offenbach; his most recent work was Richard Wagner’s romantic opera Der Fliegende Holländer.

Arturo Gama comes from Mexico City, where he studied dramatic arts at the Universidad Autonoma de México and, simultaneously, modern dance and ballet at the National Institute of Fine Arts of Mexico. He joined the National Dance Company of Mexico in 1984. His career as a dancer led him to join London City Ballet and Carla Fracci’s Dance Company in 1989. In 1990 he became a soloist of the Ballet Company at the Komische Oper Berlin where he performed until 2002. At the end of his dance career, the Komische Oper Berlin offered him the position of Assistant Director, working with well-known directors including Harry Kupfer, Andreas Homoki, Peter Konwitschny, David Alden, Hans Neuenfels and Willy Decker. He made his directing debut staging L’Histoire du soldat by Igor Stravinsky in October 2003 at the Komische Oper Berlin.