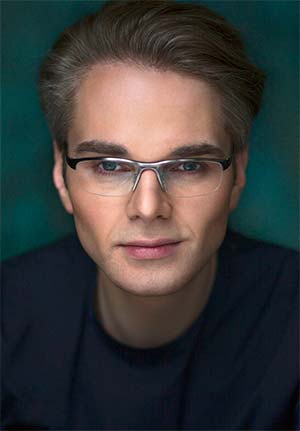 Mstislav Pentkovsky is a graduate of the Boris Shchukin Theatre Institute and the GITIS Russian Institute of Theatre Art. After graduating from GITIS, he trained at the Bolshoi Theatre of Russia and the Vlaamse Opera.

Has staged productions of the opera Brundibár (in Russian) in Volgograd, Moscow, St Petersburg and Vladikavkaz. In 2016, Pentkovsky's production of Brundibár at the National State Opera and Ballet Theatre of the Republic of North Ossetia-Alania received the Onegin Russian national opera prize in the category "Event of the Year".

Other works include concert and theatre productions of Peter and the Wolf and The Diary of Anne Frank at the Mariinsky Theatre, The Queen of Spades and Johannes-Passion at the Moscow State Philharmonic, Squaring the Circle and Allegory at the Moscow State Tchaikovsky Conservatoire and the Playwright and Director Centre (Moscow) and concert programmes at the VDNKh and the Kremlin Palace.

As a stage director he has collaborated with such conductors as Valery Gergiev, Vladimir Fedoseyev, Dmitri Jurowski, Zaurbek Gugkaev, Igor Tomashevsky and Ivan Stolbov.

Since 2015 he has been stage director of the Grand Children's Chorus of the All-Russian State TV and Radio Company. In 2016 he won the Mariinsky Theatre's competition for young stage directors.