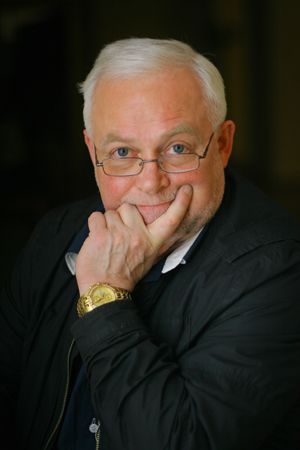 Alexander Petrov graduated from the opera directing faculty at the Leningrad Rimsky-Korsakov State Conservatory in 1974. From 1974-1986 he was a director at the Maly Theatre of Opera and Ballet (now the Mikhailovsky Theatre), where he staged the operas Rigoletto, Gianni Schicchi, Man of La Mancha and The Medium (for the first time in Russia).
He works with many Russian and foreign theatres. Petrov’s most important productions include Il trovatore and Boris Godunov at the Tbilisi Zakhary Paliashvili Theatre of Opera and Ballet, Colas Breugnon and Boris Godunov in Stara Zagora (1st prize and a Palm branch at the festival in Sofia), Iolanta at the Galina Vishnevskaya Centre of Opera Singing (Golden diploma in the category Best opera production of the Moscow theatre festival of 2005-2006), Twelve Months at the Moscow Sats Academic State Children’s Music Theatre, The Love for Three Oranges, The Nightingale and The Tale of Tsar Saltan at the Mariinsky Theatre, and The Marriage of Figaro at the Mariinsky Theatre Concert Hall.
He works with various theatres in St. Petersburg (BDT, Akimov Comedy Theatre, Theatre on Liteiny, TYUZ), Krasnoyarsk, Khabarovsk, Minsk, Odessa and other cities in Russia. In 1987, together with director Pavel Bubelnikov he created the St. Petersburg children’s musical theatre Zazerkalye, where he is the artistic director to this day. He has staged over 70 productions at the theatre, including Children’s Album, Iolanta, The Magic Flute, The Head of the Theatre, The Shepherd and the Chimney Sweep, Christmas Mystery, L’elisir d’amore, Cinderalla, The Italian Woman in Algiers, Tales of Hoffmann, La boheme, Gianna Schicchi, The Story of a Soldier, Noah’s Ark, Porgy and Bess, West Side Story, Kashtanka’s Passion, The Tale of the Nightingale, the Emperor and Death, and many others. Music by modern composers occupies a large place in the repertoire of Alexander Petrov’s theatre: Leonid Desyatnikov, Sergei Banevich, Gennady Banshchikov, Stanislav Vazhov, Olga Petrova, Igor Rogalyov, Irina Tselyukevich and Yefrem Podgaits.
Since 2004, Alexander Petrov has been the art director of the Harlequin National prize and festival of theatre arts for children. He has won the St. Petersburg government prize in the field of literature, art and architecture on several occasions (1996, 2005, 2009), is a cavalier of the Order of the Badge of Honour, and has won the Golden Sofit and Golden Mask prizes several times.