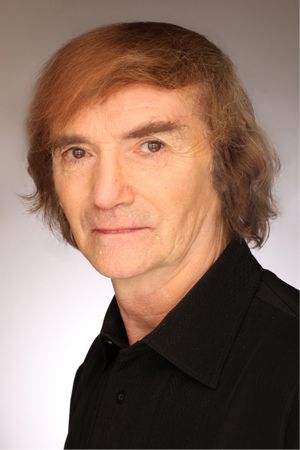 Having graduated from the choreography department of the Leningrad State Rimsky-Korsakov Conservatoire in 1977 (class of Konstantin Sergeyev), from 1984-1989 he taught the Art of the Choreographer course there. Staged the one-act ballets Coriolanus to music by Ludwig van Beethoven (the Leningrad Chamber Ballet directed by Pyotr Gusev, 1966), Classical Symphony (the Leningrad Vaganova Academy of Russian Ballet, 1977) and several concert works.

With the Ballet Manila (Philippines), in addition to a concert programme presented in 1996 he has staged his own versions of La Fille mal gardée (1998) and Romeo and Juliet (2001).
On numerous occasions he has given master-classes in Jackson (USA), Nagoya (Japan), Helsinki (Finland) and Athens (Greece).
With the Swedish Royal Ballet in 2000 he acted as an assistant on a production of Giselle.

Since 1998 he has been a ballet master and coach at the Mariinsky Theatre, working with Vitaly Amelishko, Alexander Romanchikov and Yaroslav Pushkov.