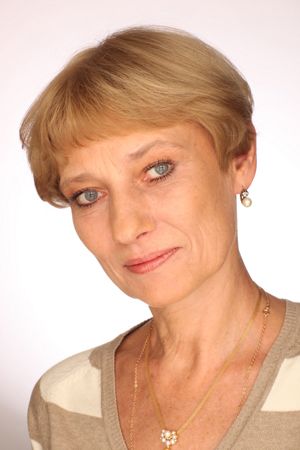 • People’s Artist of the RSFSR (1983)
• Prize-winner at international competitions (Moscow, 1977, and Tokyo, 1984)
• Recipient of the medal of the order For Services to the Fatherland, 2nd class

Born in Leningrad.
Graduated from the Leningrad Vaganova School of Dance in 1970 (class of Elena Shiripina).
From 1970 to 1998 she performed at the Leningrad Kirov Theatre of Opera and Ballet (renamed the Mariinsky Theatre in 1992). She created the roles in the ballets The Fairy of the Hills of Ronda (Tora), Napoli (Teresina) and Lilac Garden (the Woman from His Past). From the classical repertoire, she appeared in Swan Lake (Odette-Odile), The Sleeping Beauty (Aurora), La Sylphide (Sylph), Paquita (Soloist), La Bayadère (Gamzatti), Raymonda (Raymonda, Henrietta), Le Corsaire (Medora), Giselle (Giselle, Myrtha) and Don Quixote (Kitri) as well as 20th century productions including Flames of Paris (Jeanne), Laurencia (Laurencia), The Daughter of the Mountains (Asiyat), The Creation of the World (She-Devil) and the Diana et Actéon pas de deux from the ballet La Esmeralda. She has also performed George Balanchine’s ballets Theme and Variations, Symphony in C, A Midsummer Night’s Dream and Tarantella.
Has taken part in a TV version of the ballet Shurale (1980, entitled A Woodland Tale) and the TV concerts An Invitation to the Dance (1980) and White Nights’ Grand Pas (1987). Has danced with Nina Ananiashvili’s theatre company (Alexei Ratmansky’s Charms of Mannerism and Dreams of Japan).
From 1998-2002 she was a coach with the Boston Ballet Company (USA).
From 2002-2004 she taught classical dance at the Vaganova Academy of Russian Ballet.
Since 2002 she has been a ballet mistress and coach with the Mariinsky Ballet, working with Alina Somova, Yekaterina Osmolkina, Maria Shirinkina and Nadezhda Gonchar, in addition to being Head Coach of the lead female role in the ballet Shurale.