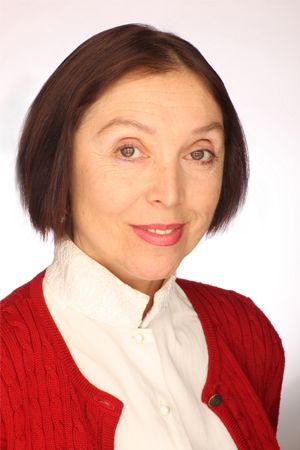 Born in Izhevsk.
After graduating from the Perm School of Dance in 1970 (class of G. Kuznetsov) she made her debut at the Perm Tchaikovsky Academic Theatre of Opera and Ballet, where until 1974 she performed roles including Swanilda, Odette-Odile, Kitri, the Lilac Fairy, Aurora, Milady and the Queen (The Three Musketeers, choreography by Nikolai Boyarchikov) and lead roles in such ballets as Paquita and The Nutcracker.

From 1974-1992 she was a leading performer of the ballet repertoire at Leningrad’s Kirov Theatre of Opera and Ballet (renamed the Mariinsky in 1992).

She has taught classical dance at the Vaganova Academy of Russian Ballet (1997-2002, her pupils including Anastasia Kolegova, Tatiana Tkachenko, Natalia Sharapova, Vera Garbuz and Yulia Repet); she has also taught in Japan, Brazil and South Korea. Since 1997 she has been a repetiteur at the Mariinsky Theatre and coaches roles with Viktoria Tereshkina, Elena Yevseyeva and Maria Iliushkina. In the same capacity, she has worked with the St Petersburg Konstantin Tachkin Ballet since 2001.