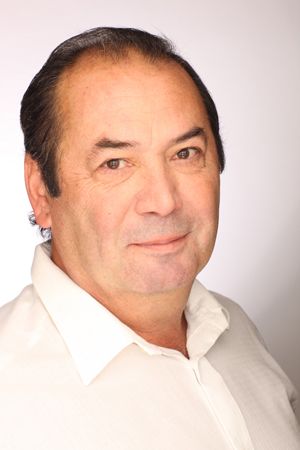 Born in the village of Goveshut (Ashgabat Region). Graduated from the Tashkent School of Dance in 1966 (class of I. Protsenko) and the professionalism class at the Leningrad Academic Vaganova School of Ballet in 1968 (taught by Alexander Pushkin and Gennady Selyutsky). From 1969-1971 he performed at the Maly Opera and Ballet Theatre in Leningrad, where he appeared in productions of Le Sacre du printemps (Shepherd), The Seven Beauties (Bachram), Antony and Cleopatra (Antony), Schéhérazade (Fariz), Le Corsaire (Ali), Contemplations (Laertes) and Swan Lake (Siegfried).

From 1971-1987 he danced at the Kirov Theatre of Opera and Ballet in Leningrad, appearing in lead roles in the ballets Swan Lake (Siegfried), Don Quixote (Basilio, Espada), Giselle (Albrecht), Le Corsaire (Ali, Conrad), Shurale (Ali-Batyr), Laurencia (Frondoso), The Legend of Love (Ferkhad, Vizier), La Bayadère (Solor), The Fountain of Bakhchisarai (Ghirei), The Path of Thunder (Lenny) and Notre–Dame de Paris (Quasimodo) among others.

In 1987 he graduated from the choreography department of the Leningrad State Rimsky–Korsakov Conservatoire (class of Igor Belsky).

From 1987–1990 he was Principal Ballet Master of the Turkmen Makhtumkuli Opera and Ballet Theatre, where he staged productions of the ballets The Fountain of Bakhchisarai and La Bayadère in addition to a series of performances with music by Turkmen composers. From 1990-1991 he taught classical dance and classical duet dance at the Leningrad Vaganova School of Ballet.

Since 1997 he has worked as a ballet master and coach with artistes of the Mariinsky Ballet. He has rehearsed roles with Andrian Fadeyev, Andrei Merkuriev, Denis Matvienko, Andrei Batalov, Vladimir Shishov, Karen Ioannicyan, Timur Askerov, Alexei Kuzmin. He currently works with Alexander Romanchikov and Ramanbek Beishenaliev; he is also Head Coach for the ballets Shurale and Spartacus.