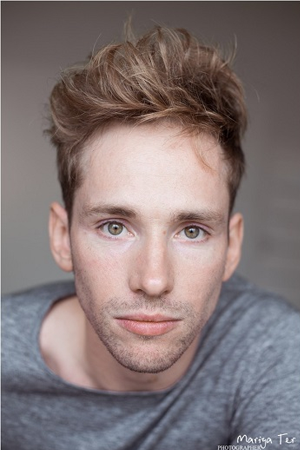 Sergei Zakharin was born in 1982 in Naberezhnye Chelny. In 2003 he graduated from Ulyanovsk Music and Pedagogical College, and in 2008 he graduated from the Theatre Faculty of Saratov State Conservatoire. Trained as a director at the Russian Institute of Theatre Arts (GITIS) (workshop of Valery Belyakovich, People’s Artist of Russia; graduating in 2014).

In 2003–2004 he was the editor of youth programming for TNT-Ulyanovsk television, while from 2008 to 2010 he was an actor at the Slonov Saratov State Academic Drama Theatre. Since 2011 he was an actor at the Roman Viktyuk Theatre, since 2012 also being an actor at the Otkroveniye Studio-Theatre (Moscow; in 2018 he was appointed its Principal Stage Director). Member of the Union of Theatre Workers of Russia.

Founder (2016) and Artistic Director of the Zakharin Theatre (Moscow). Author of the study guide Body Language and Contact Improvisation as Expressive Means for the Actor, or The Philosophy of Movement. Established masterclasses in plastique training for performers of drama and opera.

In 2010 he was awarded the Golden Harlequin prize (Saratov) for the role of Osric in Hamlet.
Information for June 2021