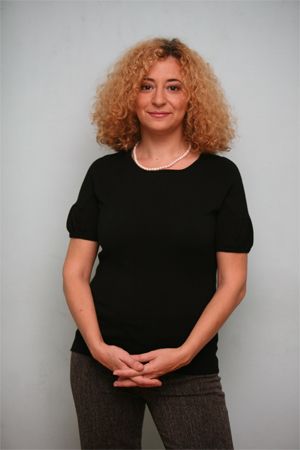 Graduated from the acting and directing faculty of the St Petersburg Academy of Theatre Art. Began her career in TV as an assistant and later as a director and has worked organising various show projects. As a video graphics designer she has been involved in the creation of the productions Tchaikovsky (Boris Eifman Ballet Theatre), Laurencia, Flames of Paris and Le Corsaire (Mikhailovsky Theatre) and the musical Monte Cristo (Moscow Operetta) among others. Has also worked with the St Petersburg Chamber Opera Company, the Tovstonogov Bolshoi Drama Theatre and the Dance Open international ballet festival.

At the Mariinsky Theatre she has worked on the productions Il barbiere di Siviglia (2009), Christmas Eve (2014) and A Christmas Tale (2015).