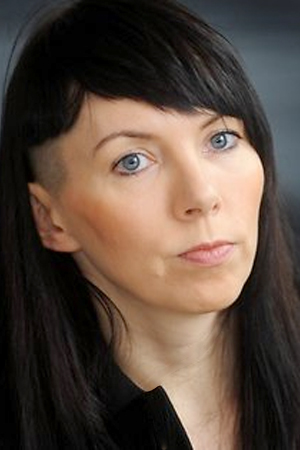 Graduated from the Latvian Academy of Arts and also studied in Sweden and France. Multimedia designer. Produces installations and works as a set designer and video-graphics designer on plays and operas. Has created and taken part in exhibitions and festivals in Latvia, Russia, Germany, Australia, France and Sweden among other countries. In 2008 she became the first recipient of the Purvītis Prize, a Latvian professional award presented for the most significant achievements in the visual arts (for the installations Topology No 29 and Solitude). At the same time she was nominated for the Ars Fennica prize.

As a theatre designer she has worked on around thirty productions. These include Eugene Onegin at the Latvian National Opera and The Duenna (Betrothal in a Monastery) at the Perm Opera and Ballet Theatre. Created the video-graphics for La Damnation de Faust at the Opéra de Paris, Lucia di Lammermoor and Tannhäuser at the Stanislavsky and Nemirovich-Danchenko Moscow Music Theatre and Tosca, Der Fliegende Holländer and Manon Lescaut at the Latvian National Opera.