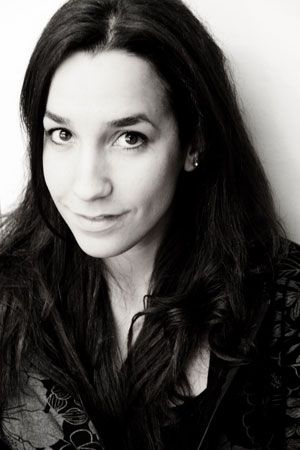 Born in Montevideo in 1979. In 2002, she began her studies as a make-up artist at the Universidad del trabajo del Uruguay. From 2003 to 2005, she studied special effects and body painting. Meanwhile, she also worked as make-up artist for special events, cinema, theatre and television. In 2006, she moved to Madrid where she studied at the Asociación española de maquillaje para cámara y foco; there she obtained various specialized diplomas in theatre, cinema, character make-up and vintage hairstyling. In  Spain, she worked for cinema and television. In the course of 2007–2008, she was a beauty consultant for Estée Lauder and Clinique, giving make-up courses throughout the country.

In 2009 she designed the make-up and assisted the set designer Hugo Gargiulo on the production Donka – a Letter to Chekhov, written and directed by Daniele Finzi Pasca and produced by the Compagnia Finzi Pasca and the Chekhov International Theatre Festival in collaboration with the Théâtre Vidy-Lausanne. In 2011 she designed the make-up for the operas Aida at the Concert Hall of the Mariinsky Theatre and I&bnsp;pagliacci for the Teatro San Carlo in Naples (both directed by Daniele Finzi Pasca). In parallel with her activity as make-up artist, she has also been Project Manager of the production Donka since 2010.