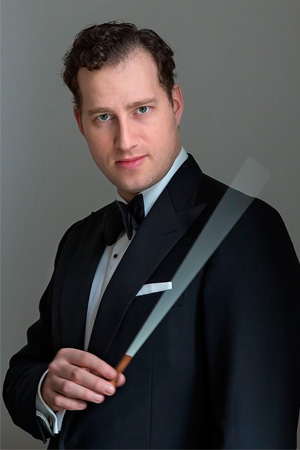 Appears as a conductor and solo violinist with the world’s most prominent orchestras. He has been Principal Guest Conductor of the Mariinsky Orchestra since 2010, and was previously Principal Guest Conductor of the Swedish Chamber Orchestra. In December 2017 Nikolaj Szeps-Znaider first collaborated with the Orchestre National de Lyon, of which he will officially be appointed Music Director in September 2020.

Nikolaj Szeps-Znaider is passionate about supporting the next generation of musical talent and founded the annual Nordic Music Academy summer school on the Danish island of Mors, of which he was Director for ten years. Today he is President of the Carl Nielsen International Competition.

Nikolaj Szeps-Znaider plays the ex-Kreisler Guarneri “del Gesù” 1741 violin. This instrument is on extended loan to him from the Royal Danish Theatre in Copenhagen through the generosity of the Villum Fonden and the Knud Højgaard Foundation.
Information for January 2020