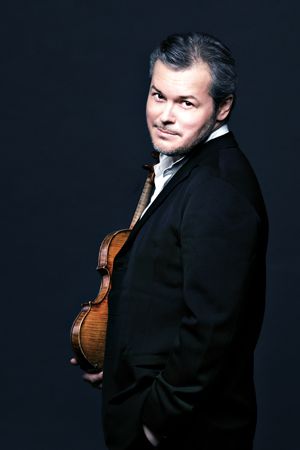 Vadim Repin was born in Novosibirsk in 1971. He began to play the violin at the age of five under the tutelage Zakhar Bron, making his first stage appearance half a year later. In 1982 he won the Gold Medal at the Henryk Wieniawski International Violin Competition (Poznań) and made his debuts in Moscow and Leningrad; in 1985 he toured to Tokyo, Munich, Berlin and Helsinki, making his debut at Carnegie Hall in New York one year later. In 1989 he was the youngest ever winner of the Queen Elisabeth Competition in Brussels, twenty years later becoming a member of its jury.

Vadim Repin founded and is Artistic Director of the Trans-Siberian Art Festival which took place for the first time in 2014 in Novosibirsk; since then, festival events have also been held in other Russian cities (Moscow, St Petersburg, Krasnoyarsk, Yekaterinburg, Tyumen and Samara), as well as in France, Israel, the USA, Belgium, Great Britain and Japan.

Vadim Repin’s discography includes over thirty CDs, many of which have received such recognition as an ECHO Award, Diapason d’Or, Prix Caecilia and the Edison Award.