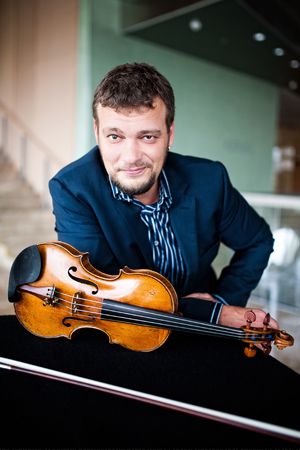 Alexei Lukirsky was born in Kharkov in Ukraine in 1976. He began to study the violin at the age of six. In 1995 he entered the school of the Moscow State Tchaikovsky Conservatoire, and from 2001 to 2009 he was a postgraduate student and trainee at the Moscow Conservatoire (class of Professor Sergei Kravchenko).

At the age of ten Alexei Lukirsky began to collaborate as a soloist with the Kharkov Philharmonic Orchestra. From 1999 to 2009 he was leader of the orchestra of the Bolshoi Theatre of Russia. Since 2009 he has been leader of the Mariinsky Orchestra.

Over the years in his profession, Alexei Lukirsky has worked with numerous outstanding musicians. In addition to his capacity as a leader, on several occasions he has featured in chamber ensembles and performed as a soloist throughout Russia and Europe.