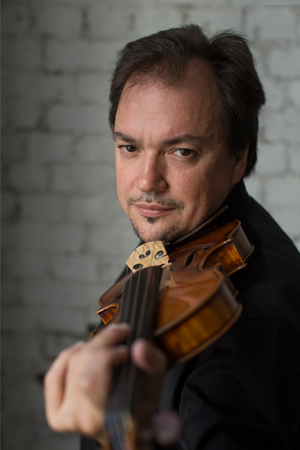 Born into a family of musicians in Moscow in 1970, Sergej Krylov began studying the violin at the age of five and completed his training at the Central School of Music of the Moscow State Tchaikovsky Conservatory. While still very young, he won the International Lipizer Violin Competition, the Stradivarius International Violin Competition and the Fritz Kreisler Competition.

As Music Director of the Lithuanian Chamber Orchestra since 2008, Sergej Krylov loves assuming the dual role of soloist and conductor in a wide repertoire ranging from Baroque to contemporary music.

Since 2012 he has been a professor of the University of Applied Sciences and Arts of Southern Switzerland.
Information for November 2019