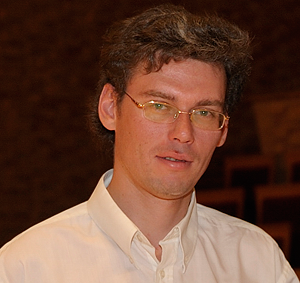 Violin
Anton Kozmin was born in Leningrad in 1977. In 2001 he graduated from the St Petersburg Conservatoire (class of Professor A.M. Kazarina). While still a third-year student he became a musician with the Mariinsky Theatre Orchestra. Since 2004 he has been deputy leader of the first violin section.
Anton Kozmin frequently performs in concert. He focuses much of his attention on chamber music, frequently performing with Oleg Sendetsky, Kirill Terentiev, Yuri Afonkin and Ivan Stolbov among other musicians as well as musicians in the Mariinsky Theatre Symphony Orchestra. Regularly performs in recital abroad and throughout Russia, with appearances in cities including Nizhny Novgorod and Sarov.
In 2010 together with the Mariinsky Theatre Quartet he performed at the Mikkeli Festival.
Anton Kozmin was a diploma-recipient at the International Dmitry Shostakovich String Quartet Competition (1999).