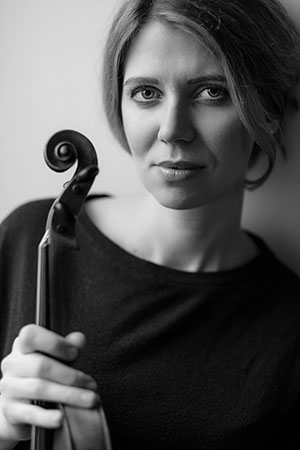 Gribanova studied violin in Irkutsk, Karaganda, and St Petersburg. She graduated from the St Petersburg Rimsky-Korsakov College of Music (class of Vladimir Andreyev) and the St Petersburg Conservatoire (class of Professor Vladimir Ovcharek). Gribanova has performed in the Orchestra of St Petersburg Philharmonic Society. She was Assistant Concert Mistress at the Mikhailovsky Theatre from 2009 to 2017 and has taken part in concerts and on-tour recitals and ensemble performances. She joined the Mariinsky Orchestra in 2017. The musician has performed as part of ensembles at the Concert Hall and the chamber venues.