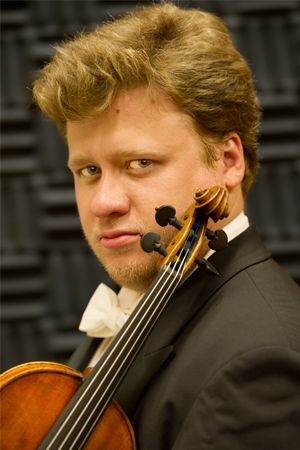 Andrey Baranov is a founding member and first violinist of the David Oistrakh Quartet. He was born in Leningrad in 1986 and at the age of five began to study the violin. In 2009 he graduated from the St Petersburg State Rimsky-Korsakov Conservatoire (classes of Lev Ivashchenko, Vladimir Ovcharek and Pavel Popov). He subsequently trained at the Conservatoire de Lausanne under Pierre Amoyal. Has taken part in master-classes given by Boris Kuschnir, Liana Isakadze and Kim Kashkashian. In 2005 he made his debut at the St Petersburg State Shostakovich Philharmonic with the resident Academic Symphony Orchestra under the baton of Vasily Petrenko. Winner of the Queen Elisabeth International Competition (Brussels), the International Benjamin Britten Competition (London) and the International Henri Marteau Competition (Lichtenberg, Germany). Has won prizes at more than twenty music competi-tions including competitions in Indianapolis (USA), Sendai (Japan) and Seoul (South Korea) as well as UNISA in Pretoria (South Africa), the David Oistrakh Competition (Moscow), the Niccolò Paganini Competition (Moscow) and the Liana Isakadze Competition (St Petersburg).

In 2009 Andrey Baranov was appointed assistant to Pierre Amoyal at the Conservatoire de Lausanne. Gives master-classes in Chicago, Bangkok, Riga, Vilnius, Stockholm, Moscow and Manchester among other cities.