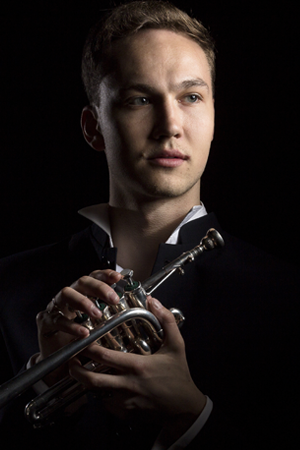 Alexei Ivanov was born in 1995 in Estonia. He graduated from the Special Music School of the St Petersburg Conservatory (class of Anatoly Zelichonok and Konstantin Baryshev) since 2014 has been student of the Conservatory (class of Boris Taburetkin). He participated in the master classes of Vyacheslav Prokopov, Andrei Ikov, Sergei Nakariakov, Jouko Harjanne, Marco Pierobon and other prominent trumpeters.

Since 2014 he has been member of the Mariinsky Orchestra where he also plays solo and ensemble programs at the Concert Hall and chamber halls.