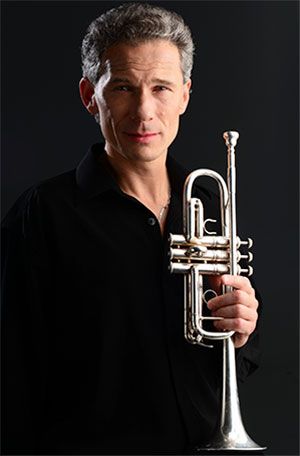 Gennady Nikonov was born in 1968 in Leningrad. From 1975–1982 he studied at Music Boarding School No 38 on Rasstannaya Street (class of Sergei Bolotin). After leaving that school he entered the Rimsky-Korsakov School of Music (trumpet class of Yuri Sharapov) and in 1987 he entered the Leningrad Conservatoire itself (class of Professor Yuri Bolshiyanova, People’s Artist of Russia, completing his trainee assistantship at the conservatoire in 1992).

It is the romantic trumpet that is Nikonov’s “musical trademark” which defines his style. From 2001 to the present he has directed the Romantic Trumpet International Festival which features trumpeters from Europe and the USA and which runs at the best concert halls of St Petersburg. In 2003 Yamaha presented Gennady Nikonov its finest instrument and made him official representative artist of the company in Russia. He has recorded several discs featuring primarily contemporary trumpet music.

Gennady Nikonov has the rare quality of being a countertenor. The musician develops his own vocal methods for performing the trumpet and includes vocal numbers in his recitals.