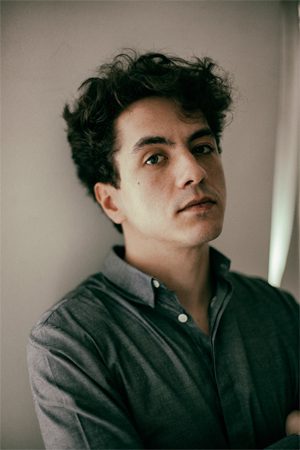 Konstantin Emelyanov is such a quiet superstar: there is no fashionable aggressiveness about him, yet it is impossible to tear oneself away from his playing. A bright head, a radiant soul and an unusual sound that caresses the ears.
Rossiyskaya gazeta (“Russian Gazette”)

The 25-year-old pianist Konstantin Emelyanov was, without a doubt, one of the revelations at the International Tchaikovsky Competition. He drew the public’s attention with his cleverly compiled programme, unconventional choice of works and the harmoniousness of his interpretations in which technical stability was combined with an openness of emotions, the temperament was reined in by thought, and the intuitive sense of style facilitated the finding of a “middle ground” between his own vision and the composers’ intentions in each of the works.
Muzykalnaya zhizn (“Musical Life”)

Konstantin Emelyanov was born in 1994 in Krasnodar. He began to study music at the age of five. Graduated from the Tchaikovsky Moscow State Conservatory in 2018. In 2017–2018 he trained at the Rachmaninov Academy in Catania, Sicily, under the tutelage of Professor Epifanio Comis. From 2018 to 2020 he undertook a postgraduate-assistantship study at the Moscow Conservatory (class of Sergei Dorensky and Nikolai Lugansky).

Has given concerts as part of the festivals Great Sonatas of the 20th Century in Genoa and Stars on Baikal among numerous others. Appeared at the Teatro Carlo Felice (Genoa), the Seoul Arts Center, Beijing’s National Centre for the Performing Arts, the Zentrum Paul Klee (Bern), the Bulgaria Concert Hall (Sofia), the Concert Hall of the Mariinsky Theatre, the Grand and Small Halls of the Moscow Conservatory, the Zaryadye Hall, the Tchaikovsky Concert Hall, the White Hall of the Pushkin State Museum of Fine Arts. In 2019 he took part in projects run by the Bösendorfer Loft Philharmonic concert venue in Moscow.

In 2020 the Melodiya label released the pianist’s debut album featuring works by Tchaikovsky.
Information for October 2021