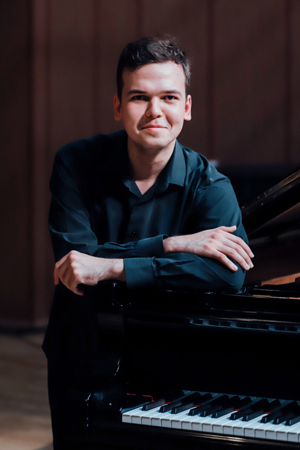 Timofei Vladimirov was born in Ufa in 2001. Began to study music at the age of six. In 2012 he became a grant recipient of the Vladimir Spivakov International Charity Foundation. From 2016 he studied at the Central School of Music of the Tchaikovsky Moscow State Conservatory, class of Mira Marchenko, Honoured Teacher of Russia, under whom he continued his studies at the conservatory itself in 2018.

Timofei Vladimirov also engages in the composition of music, and was awarded 1st prize at the Yuri Kholopov All-Russian Competition in the Theory and History of Music and Composition in the category “Composition” (Moscow, 2018).

He is currently continuing his studies at the Moscow Conservatory (class of Andrei Pisarev).
Information for January 2022