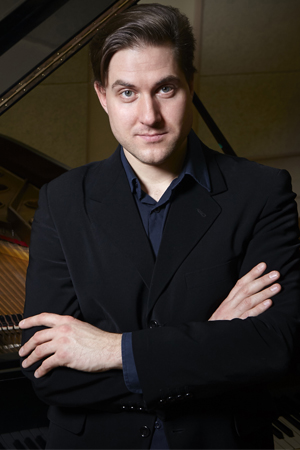 Stanislav Soloviev was born in Leningrad in 1979. In 2003 he graduated from the Rimsky-Korsakov St Petersburg State Conservatory (piano class of Alexander Sandler, chamber ensemble class of Natalia Arzumanova).

Frequently tours throughout Russia and abroad. In April 2001 he made his debut as a soloist at the Concertgebouw in Amsterdam. Has also performed in Latvia, Germany, Sweden, Austria, Serbia, France, Poland, Greece, South Korea, Finland, Spain and Israel. Has collaborated with the St Petersburg Symphony Orchestra, the St Petersburg State Capella Symphony Orchestra, the Latvian National Symphony Orchestra, the Belgrade Philharmonic Orchestra and the Wrocław Philharmonic Orchestra among many others. Has appeared at the Festival de Pâques (Aix-en-Provence), the festivals Collegium Vocale Crete Senesi (Asciano, Italy) and Music of the World (Jerusalem) to name but a few.

Teaches chamber ensemble class at the St Petersburg Conservatory and is a guest accompanist at the Bayerische Musikakademie Marktoberdorf.

Has recorded a solo disc of works by Beethoven, Scriabin, Liszt and Prokofiev (2004). In 2019, together with violinist Daniel Lozakovich and the National Philharmonic Orchestra of Russia conducted by Vladimir Spivakov, he took part in the recording of the album None but the Lonely Heart with works by Tchaikovsky for Deutsche Grammophon.
Information for July 2022