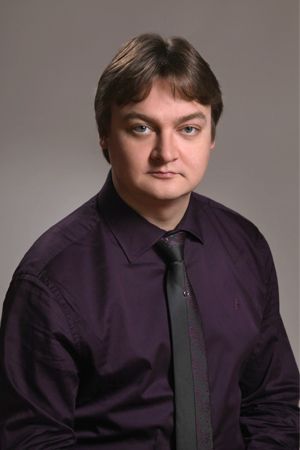 Pavel Raikerus was born in 1982 in Leningrad. In 2005 he graduated from the Rimsky-Korsakov St Petersburg State Conservatory, afterwards completed a postgraduate study there (class of Alexander Sandler). Trained at the Hochschule für Musik Carl Maria von Weber Dresden (class of Arkadi Zenzipér).

In 1998 St Petersburg TV produced the film And I Go Out from Space… about Raikerus, and in 2003 and 2005 Germany’s Deutsche Welle released two films about the young musician.

Regularly tours internationally. Has appeared at the Louisiana Museum Concert Hall (Copenhagen), the Concertgebouw in Amsterdam, the Laeiszhalle in Hamburg, the Semperoper in Dresden, the Konzerthaus in Berlin, the Philharmonie de Paris, the Rudolfinum in Prague, the Auditorio Joaquín Rodrigo in Madrid, the Bilbao Philharmonic, the Sala Alfredo Piatti in Bergamo, the St Petersburg Philharmonia, the Mariinsky Theatre, the Moscow Conservatory and the Moscow Philharmonic Society.

Teaches the class of special piano at the Secondary Special Music School of the St Petersburg Conservatory. Gives masterclasses in Russia and internationally. Pavel Raikerus’ pupils have frequently been prize-winners at Russian and international competitions.
Information for April 2021