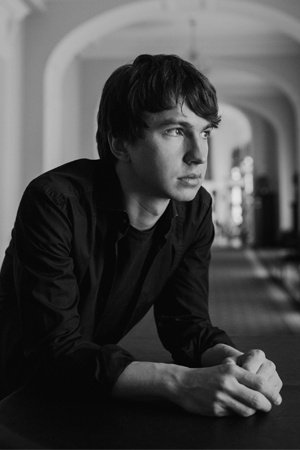 Alexei Melnikov was born in Moscow in 1990. In 1996 he entered the Moscow Gnessin Middle Special School of Music (class of Tatiana Shklovskaya). From 2008-2013 he trained at the Moscow State Tchaikovsky Conservatory under Sergei Dorensky and his assistants Nikolai Lugansky, Pavel Nersessian and Andrei Pisarev.

Has given recitals at the Salle Cortot in Paris, the Bunka Kaikan concert hall in Tokyo, the Žofín Palace in Prague, the Teatro La Fenice in Venice and the Great Hall of the Moscow Conservatory as well as at other venues throughout Russia, Germany, Italy, France, Japan, Poland, the USA, Spain, Belgium and Vietnam. Has taken part in the International Chamber Music Festival in Cervo (Italy), the Animato music festival in Paris and the Heinrich Neuhaus Festival of Young Pianists in Moscow.

In March 2017 he recorded a solo album featuring works by Beethoven and Liszt in collaboration with the Acousence recording label.
Information for August 2019